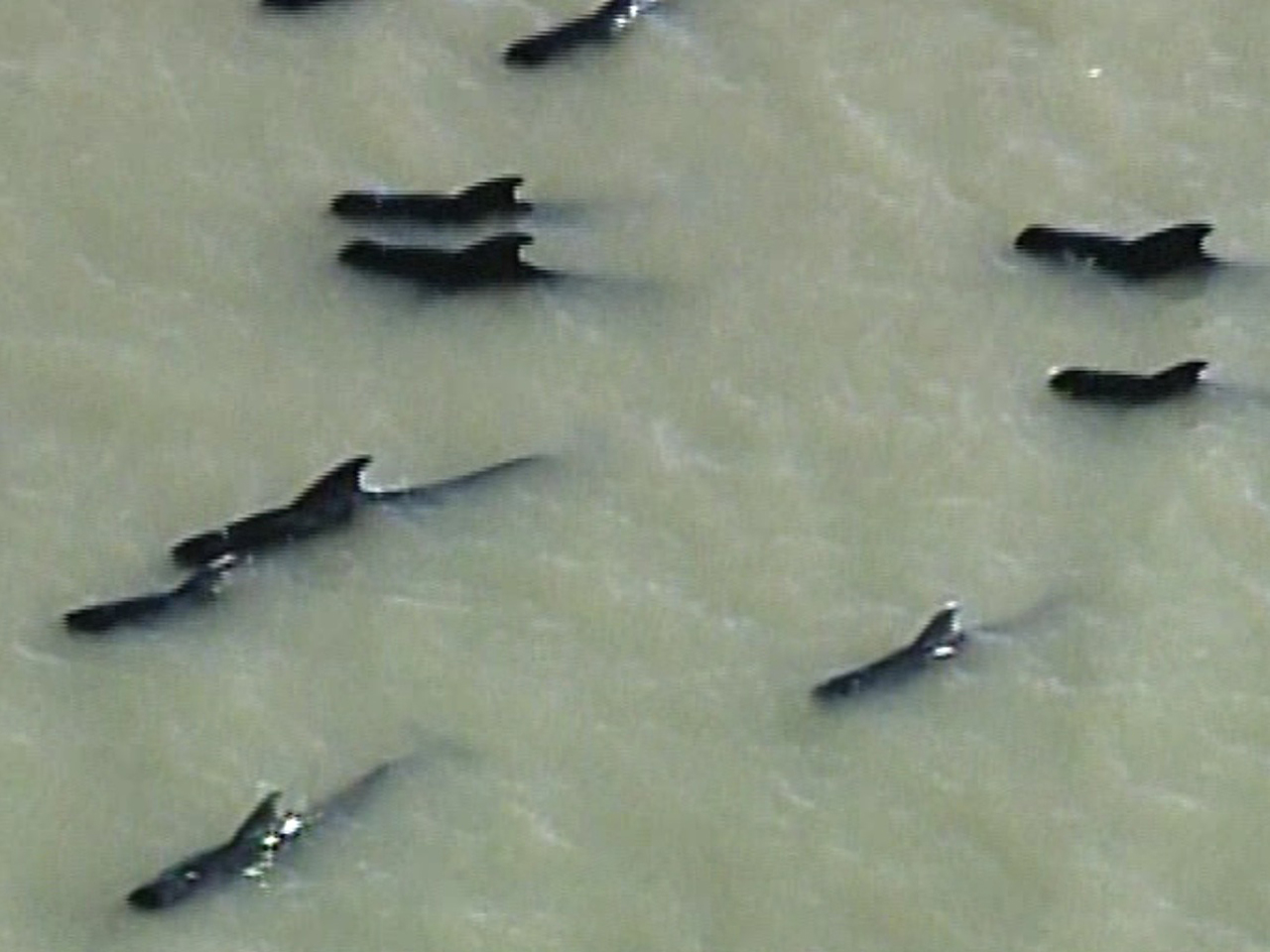 Blair Mase of the National Oceanic and Atmospheric Administration said more than 40 whales have been swimming in about 3 feet of water. Mase also said four of the pilot whales were euthanized Wednesday. Six others had already died.

Mase said the whales are short fin pilot whales that are known to inhabit deep water, "so they are very out of their home range."

Linda Friar with Everglades National Park told CBS Miami that rangers received a phone call Tuesday about four whales that had beached themselves in a remote area of the park near Highland Beach in northern Monroe County. Rangers went out to investigate and found nine whales onshore. With the help of volunteers, she said five were pushed back into the water but four were already dead.

Friar explained that this type of whale is known to re-beach itself and has been seen in Everglades National Park before.

Mase says pilot whales usually swim in large groups and are one of the most common mass strandings "because they are a cohesive species."