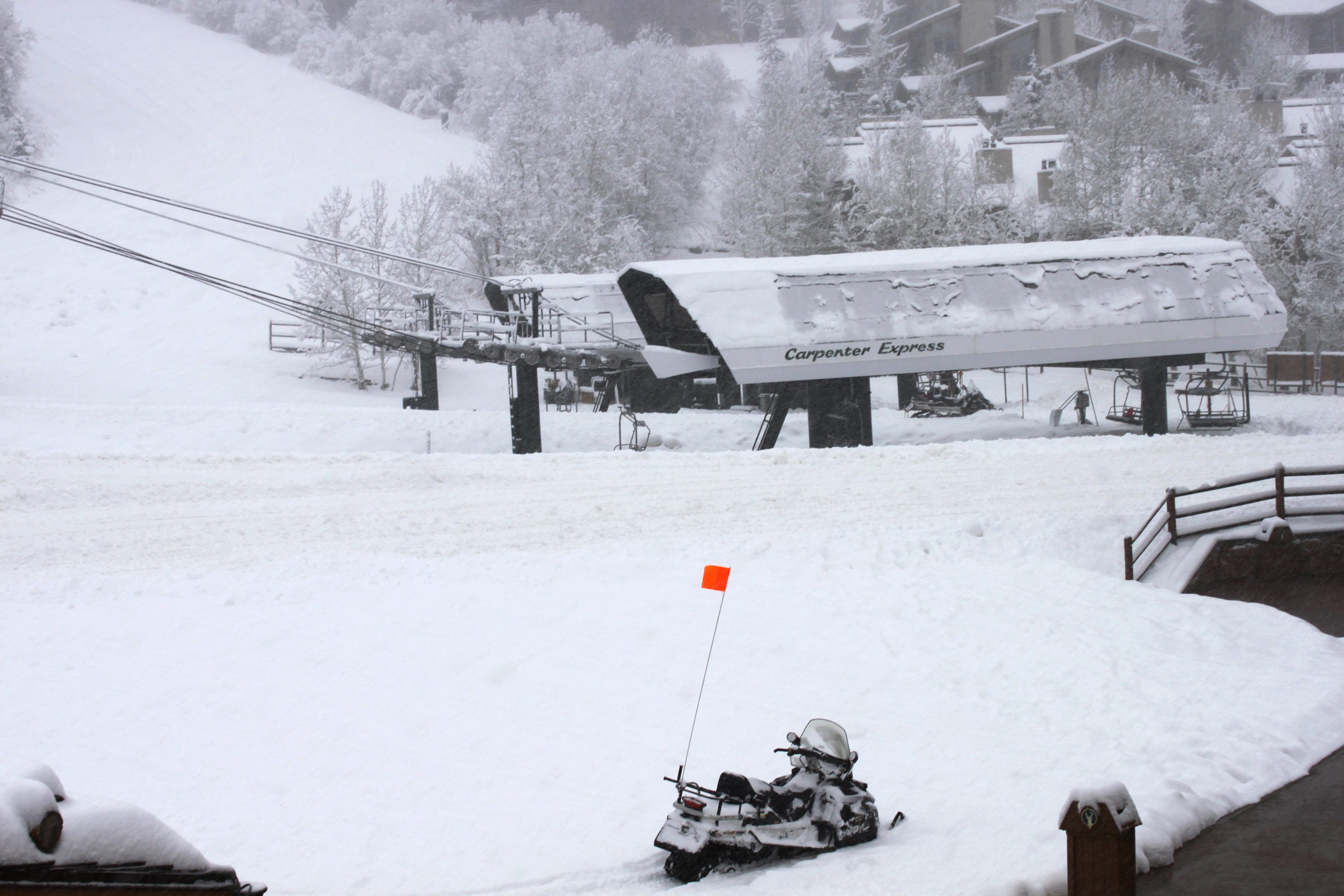 From the Rockies in the West to the mountains of North Carolina and all points in between, some ski resorts are seeing a surge in business as people capitalize on the wintry weather to hit the slopes.

It’s easy to understand why. New York City, Philadelphia, Boston, Pittsburgh, Minneapolis and Chicago are among the cities that have gotten orders of magnitude more snow this winter than they do normally, according to AccuWeather Senior Meteorologist Alex Sonsowski.

“This is one of those winters that we see once every 10 or 20 years,” he said, adding that the winter is far from over. “February looks to be very stormy.”

The slopes have already been crowded. Resorts in Colorado, which has the county’s biggest outdoor sports industry, saw a 22 percent increase in skier visit days between October 13 and December 31, according to Jennifer Rudolph, a spokeswoman for trade group Colorado Ski Country USA.

“It’s been a good season,” said Jochl. “It has the potential to be one of the best, if not the best.”

Despite the heavy snow in many parts of the country, weather conditions have been far from ideal for the ski business. The so-called polar vortex, a blast of arctic air that has sent temperatures plummeting in some parts of the country to record lows, has it made it too cold for people to go outside. Drought conditions in California are hurting the industry as well. The drop-off in business in the state is expected to reduce overall visit figures for the industry to below its 10-year average of 57 million, said David Byrd, director of risk and regulatory affairs at the National Ski Areas Association.

"If the weather is good, we do well," said Tim Boyle, CEO of Peak Resorts, the operator of 13 different ski areas. "We're like farmers."

Yet resorts remain optimistic because conditions are so good at many locations that people are willing to travel great distances to ski. Killington, for instance, gets about half of its visitors from the New York/New Jersey metropolitan area.

“You have this pent-up demand,” Byrd said. “People want to ski.”

Along with generating business for ski resorts, all the snow this winter is boosting sales of equipment.

The Ski and SnowSports Industries of America estimates that retail sales of snow sports gear hit a record of $2.25 billion in the August to December period, an increase of more than $193 million over the previous season. Sales of equipment, apparel and accessories all posted gains even though December sales were hurt by below-normal conditions in the Sierra range in California and the Cascades in the Northwest.

"By contrast, the Midwest, Northeast and mid-Atlantic weather conditions were excellent for the snow sports market, and record cold as far south as the Florida Panhandle drove apparel and accessories sales to record levels,’ said Kelly Davis, director of research at the SIAA, by email.