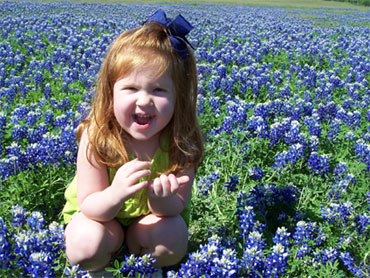 According to a recent poll, guys with messy sock drawers have sex three times more per month than those who organize their socks. I never knew there was such a direct connection between socks and sex. Maybe soon, schools will be offering courses in socks education.

The poll was conducted by IKEA, the home furnishings people. It was part of their "You Can't Be Too Organized" survey. I guess this "more sex" result was not something that the pro-organized people at IKEA predicted. And those who are disorganized don't just have more sex. According to the poll, their relationships might be better in other ways, too. Those couples that don't have closet organizers argue three times less per month than those who do. (I don't know what a "closet organizer" is, so I guess we don't have one. I could ask my wife if she thinks we should get one, but that might just cause an argument.)

Also, men who don't own Palm Pilots are more likely to remember their wives' birthdays than men who do own them.

These results are not all that surprising. If you spend all your time organizing your socks or entering data in your Palm Pilot, you will have little time for anything else. Also, if you are compulsive, and must do things like make sure all the dishes are clean before going to bed, or check to see that all the doors are locked several times before you can relax, your spouse will probably be asleep before you're ready to settle in for the night.

Being organized seems almost by definition to be un-sexy. How many people fantasize about a romantic stranger who makes lists? How many people dream about a sexy somebody who has a calendar on his watch? How turned on would you be if you heard, "I'll be right with you. I just have to color-code my shirts?"

On the other hand, while a disregard for order might be sexy in the beginning, what about a long-term relationship? According to the survey, married men were four times more likely to leave their pajamas on the floor in the morning than single men. I wonder what percentage of wives find that sexy.

Despite the messy socks-good sex connection, the people at IKEA maintain that being organized is a good thing. They believe that you can gain a great deal of quality time by reducing all the minutes and hours you spend looking for keys, glasses, or the remote control. (By the way, according to the survey, men spend an average of 80 minutes per week looking for the remote control. Women spend 7 minutes.)

Let's put this whole survey in perspective. It was conducted by a home furnishings company. Is this really where we should be getting our information about sex and relationships? Traditionally we learn about these things on the playground or from daytime TV. Besides, how unbiased can a company that sells organizers be about organization?

And this isn't just any furniture company. It's IKEA. That's the place that sells you furniture in a million pieces that you put together after you get home, working from directions that always seem upside down. I'm not sure that this company should be considered experts in sex. If I bought a bed from IKEA, I'd probably spend more time trying to assemble it than I would using it.