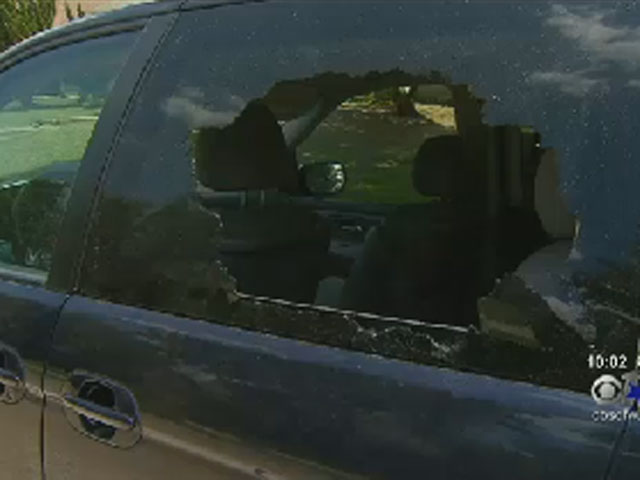 (CBS) CARROLLTON, Texas - It was not a great weekend to be a car owner in one neighborhood in the Dallas suburb of Carrollton, Texas, where more than 80 vehicles were damaged by suspected vandals with a golf club.

Residents woke up Saturday to discover cracked mirrors and windows and windshields on their cars, CBS DFW reported.

By 7 o'clock in the morning, police say they'd taken 28 reports of damage. By noon, that number had grown to 69 reports. By nightfall, police say, it was 89.

Investigators believe at least three young men drove down neighborhood streets between 3 a.m. and 5 a.m. striking one  parked car after another.

A homeowner's surveillance camera captured the vandals in action, according to CBS DFW.

Driving up in a white four door car, two young men can be seen seated on its windowsills, as one reaches over and quickly smashes the side mirror on a parked truck.

Causing potentially tens of thousands of dollars in damage, the vandals, if caught, face felony charges of criminal mischief, a crime punishable with prison time.

"It feels a little bit like a violation on us to be trespassed like this," said Kay Smith, who spent the day focused on fixing her husband's van.

Police say they do have some witnesses.