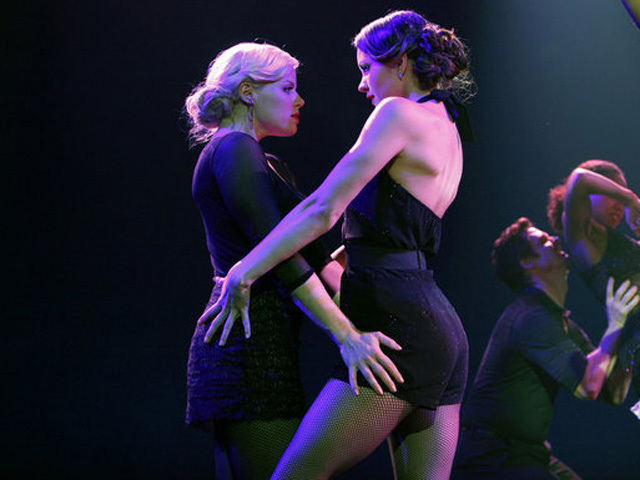 NBC is moving "Smash" to a new night.

Now in its sophomore season, "Smash" has been struggling in the ratings. Its most recent airing drew less than 3 million viewers, per The Hollywood Reporter. Many are already speculating that this season will be the show's last.

But "Smash" is staying put for now -- it will air on Saturdays at 9 p.m. ET until the 17-episode season concludes, NBC said.

Other scheduling changes announced by the network include "Go On" moving to Thursdays at 9:30 p.m. for its last two episodes of the season (April 4 and 11); one-hour season finales for "Whitney" (March 27) and "The New Normal" (April 2); and "Celebrity Apprentice" extending to two hours beginning April 14.

"Ready for Love," an unscripted relationship series produced by Eva Longoria, will also premiere on April 9 after "The Voice."

Tell us: Will you watch "Smash" on Saturdays?