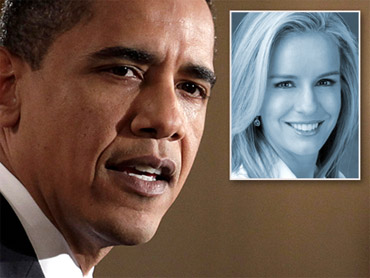 President Barack Obama completed his first routine periodic physical examination as President of the United States early in February. The summary was released to the public saying, "the president is in excellent health and fit for duty." It does, however, recommend that the president "continue his smoking cessation efforts."

CBS News Medical Correspondent Dr. Jennifer Ashton said on "The Early Show" the debate over the president's smoking has stemmed from some saying that the president is a role model for the country, but he's also no different than any other person.

"This is a powerful addiction," she said. "And in medicine, we say when someone's in a hospital gown, everyone looks the same where you're the president or the average Joe."

is here with us this morning to talk to us about why it is so hard to quit smoking and what you can do to make a change.

"Early Show" co-anchor Maggie Rodriguez pointed out that the president has been open about his struggle with smoking, saying that he's 95 percent cured, but still falls off the wagon every now and then.

Rodriguez, who said she's never smoked, asked Ashton why it's so hard to quit smoking.

Ashton explained the nicotine is a very powerful, addictive substance.
"It stimulates addiction centers in our brain and body," she said. "Those results are seen immediately with one cigarette and they are additive and cumulative, so the longer someone smokes, the harder it is. And I think that's what we're seeing here. (Obama's) open about it, but he doesn't like to be teased about it, nor does anyone. The fact of the matter is you need to stop smoking completely. One cigarette does damage."

Rodriguez pointed out that many people don't know it's never too late to quit.

Ashton agreed, saying, "That is a big myth that we really need to dispel. Yes, it's true the effects of cigarettes can be additivie difference and they are stacked -- the longer you smoke, the worse it is -- but you can start seeing the benefits if you stop smoking immediately. For example, after just 20 minutes, you can see your heart rate and blood pressure drop back to normal levels after your last cigarette. After one year, you can see your risk of heart attack cut in half and after ten years of not smoking, if you had been a smoker … you can see the risk of death from lung cancer go down by half, as well. So it is never too late to stop."

However, quitting is daunting, particularly with statistics that show only four to seven percent of people are able to quit on their own. But is there a proven method for quitting?

Ashton said, "(The quitting method is) really whatever works for each individual. The statistics are poor. And they are daunting for anyone."

She added that the average successful quitter needs to try seven times before they actually kick the habit permanently.

However, she suggested starting by getting some counseling.

She said, "Get a good social system in place, get all your ducks in a row, so that when you take the steps to quit, and you have good support system ready."

Another step Ashton suggested is to try an over-the-counter medication.
"So we know the nicotine patches, the sprays, the gum. Anything that will help you get over that initial period of the addiction clearing your body. And lastly, prescription medications, things like Chantix or Zyban have been very effective. Many people need to try all these things. Whatever works for you because really this is a life or death issue, and it's the single most important thing you can do to your health is to stop smoking."