The White House last week released a round of photos on its Flickr stream of the president both working and relaxing during the month of August. This picture on the right catches both a fun and busy moment for President Obama, as his daughter Sasha sneaks up on him. The picture is slightly reminiscent of an image from 1963, shown at left, of former President John F. Kennedy's son John, Jr. sitting under the president's desk. The similarity was first observed by BBC News. 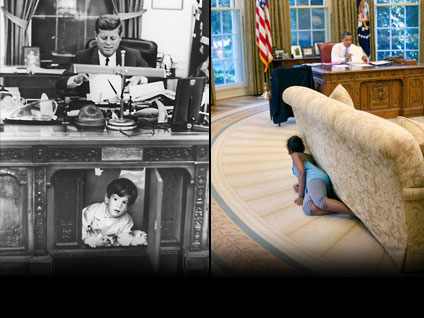