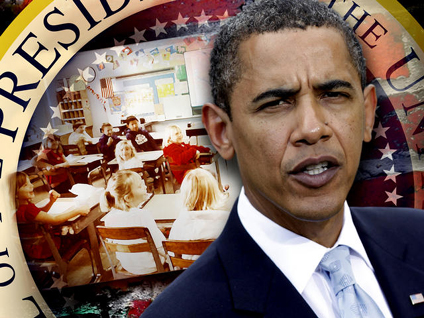 Sniper suspect John Allen Muhammad made a second appearance in a Prince William County court, this time with a lawyer experienced in high-profile cases.

During the 10-minute hearing, Circuit Judge Leroy Millette appointed a second attorney for Muhammad and set a Dec. 12 hearing to consider a trial date.

When Muhammad made his initial court appearance in Virginia on Friday, he was by himself and seemed confused that the public defender appointed to represent him on federal extortion charges was no longer representing him.

Attorney Peter Greenspun was later appointed to represent him, and on Wednesday the judge added Jonathan Shapiro to his defense team. Both have experience in high-profile cases.

The charges in Prince William County against Muhammad involve the Oct. 9 slaying of Dean Harold Meyers, 53, who was shot to death at a gas station near Manassas during a three-week shooting spree that terrorized the Washington area.

Muhammad, a 41-year-old former soldier, is suspected in 21 shootings in Maryland, Virginia, Washington, D.C., Washington state, Louisiana, Alabama and Georgia. Attorney General John Ashcroft decided both Muhammad and his teenage co-defendant would face trial first in Virginia, in part because its laws allow the best opportunities for the death penalty.

Muhammad sat impassively at the hearing wearing an orange prison jumpsuit. He spoke only two words: "Yes, sir," when the judge asked if he needed court-appointed counsel.

Greenspun also asked the judge to ban still cameras in the courtroom, a request Millette rejected.

After Muhammad's hearing, Greenspun was critical of leaks last week about Malvo's alleged confessions to some of the shootings.

"I think there are cowards in law enforcement ... who wanted to taint the jury pool and who wanted to seal public perception in this case," Greenspun said.

He said he hasn't decided whether to request a change of venue for the trial. "I am hopeful the public keeps an open mind in this matter and does not listen to innuendo, half truth and misinformation coming out of law enforcement sources," he said.

The other sniper suspect, John Lee Malvo, 17, is being held in the Fairfax County jail awaiting a Dec. 5 hearing. Malvo is being prosecuted for the Oct. 14 slaying of FBI analyst Linda Franklin outside a Home Depot in Falls Church, Virginia. He allegedly claimed responsibility for the killing.

Meanwhile, investigators say Muhammad and Malvo spent time together in Antigua, and a man who was seen with them there and later lived in New Jersey was being investigated for possible connections to the case, The Washington Post reported in Wednesday editions.

Peter John Gianquinto Jr., 53, was arrested Nov. 5 in New York and was being held on $50,000 bail. Court records in Charleston, S.C., showed he has been charged there with making false statements in an application for a passport.

The Post reported Wednesday that Gianquinto used that passport to travel from Antigua to New York in April and May 2001. It also said court documents indicate federal agents focused on Gianquinto shortly after the arrests of Muhammad and Malvo.

Greenspun, Muhammad's attorney, has handled death penalty cases before. In 1994 he represented Ralph Shambaugh Jr. in a murder-for-hire case. Shambaugh eventually pleaded guilty as an accessory to murder.

Greenspun's highest-profile case was representing Marv Albert on charges of forcible sodomy after a woman claimed Albert bit her on the back and forced her to perform oral sex in an Arlington hotel room. Albert pleaded guilty to a misdemeanor assault charge, spent no time in jail and eventually had the conviction wiped from his record.

Albert's lead attorney in that case, Roy Black, said he was impressed by Greenspun's work.

"I wish Greenspun good luck," he said. "The only thing standing between Muhammad and a lynch mob is Peter Greenspun."

Shapiro is also a respected defense attorney with experience in capital cases. He is co-counsel in the federal spy case against retired Air Force sergeant Brian Regan, and was appointed to defend an Alexandria man who was facing the death penalty in the stabbing death of an 8-year-old boy.

Shapiro was removed as counsel to Gregory D. Murphy, however, when Murphy slugged him in court in October 2000, claiming Shapiro was part of a racist conspiracy against him. Shapiro had asked to stay on the case, saying that his client was delusional and that he bore no ill will about the attack. Murphy has been ruled incompetent to stand trial.

Police Tuesday said that ballistic tests found no link between a sniper-type killing in Tucson, Arizona, and the gun found in the possession of Muhammad and Malvo. Jerry Taylor, 60, was killed March 19 while practicing chip shots by a single shot to the chest fired from long range. Tucson detectives began considering a possible link to the D.C.-area shootings when they interviewed a man who said that Malvo bragged about shooting two men on golf courses last spring.