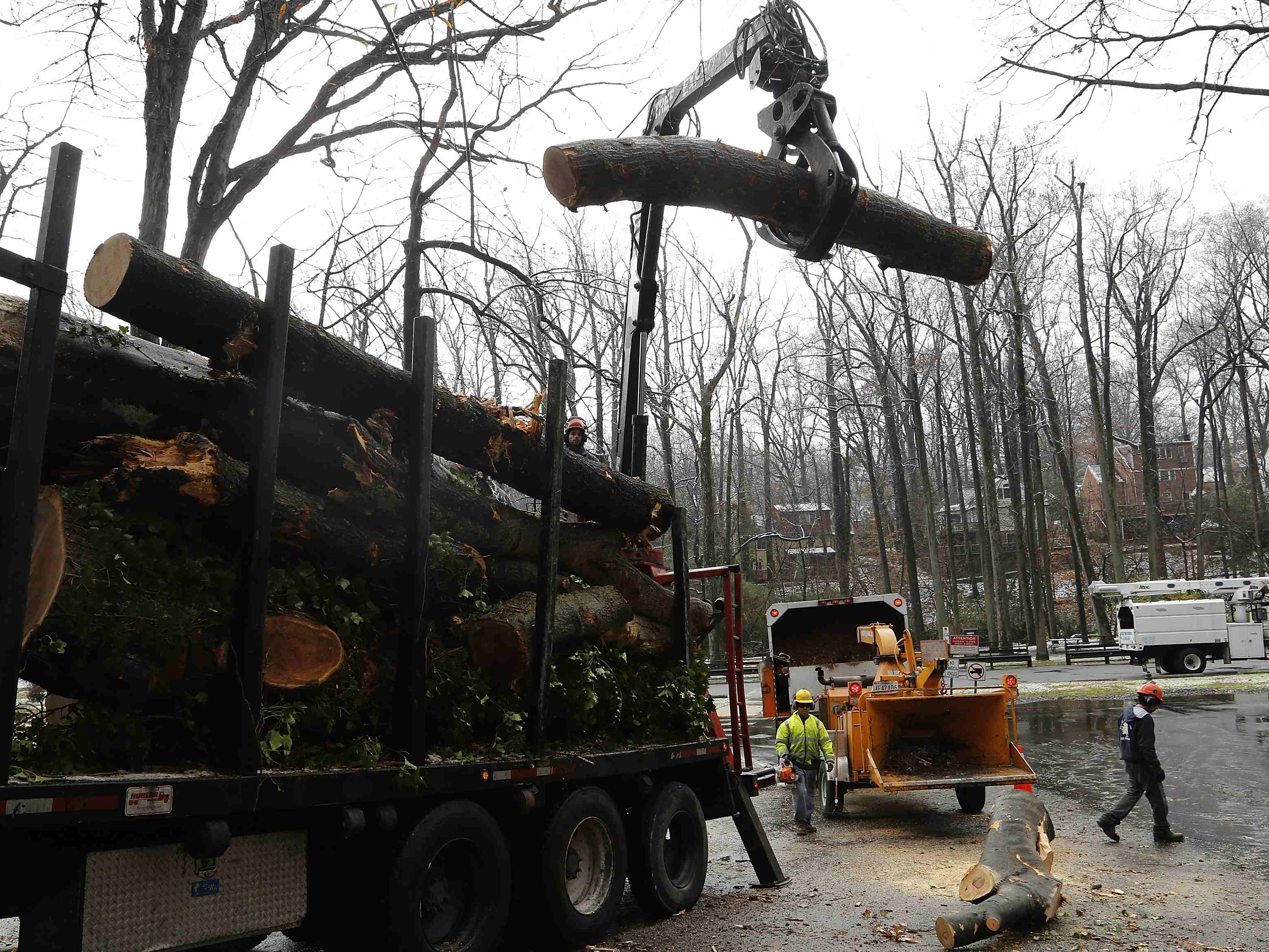 Baby, it's cold outside. And winter hasn't officially started yet.

Snow and bitter cold snarled traffic and prompted more than 1,650 U.S. flight cancellations on Monday, and tens of thousands of people were still without power after a wintry storm hit well before the season's official Dec. 21 start date.

The wild weather is being blamed for at least 14 deaths.


The storm covered parts of North Texas in ice over the weekend and then moved East. Below-zero temperatures crowned the top of the U.S. from Idaho to Minnesota, where many roads still had an inch-thick plate of ice, polished smooth by traffic and impervious to ice-melting chemicals, making intersections an adventure.

Another round of snow is expected to hit the Mid-Atlantic and Northeast regions, with 5 inches of snow possible in the Interstate 95 corridor Tuesday.

Some of the most difficult conditions were in North Texas. More than 22,000 Dallas-area homes and businesses were still without power on Monday, according to electric utility Oncor. That was down from

More than half of the nation's flight cancellations on Monday were at Dallas-Fort Worth International Airport, dominated by American Airlines. About 650 travelers were stranded there Sunday night.

Nationally, there have been more than 6,100 flight cancellations since Saturday, according to FlightStats.com, including more than 2,800 by American or its American Eagle regional airline. American emerged from bankruptcy protection and merged with US Airways on Monday.

A flight cancellation meant that Fred and Brenda Mull of Oklahoma City spent Sunday night in a Dallas hotel instead of Cabo San Lucas in Mexico. American canceled their Monday morning flight, too, and they weren't happy as they sat in the international lobby. They'd spent three hours on hold with American, which told them not to go to the airport or search for a new reservation - advice they ignored.

"Am I supposed to sit at the hotel and wait for them to call? And pay for the hotel?" Brenda Mull said. "They wouldn't have gone through bankruptcy if they ran it like a business." The couple was scheduled on another flight Monday night.

Passenger Kinnita Roy camped out at the airport.

"I wouldn’t call it fun,"  Roy told CBS’ Dallas station with a laugh. "We made the most of it. We really did. It was not easy to sleep."

Half of the high school band from Norman, Okla., landed at Dallas-Fort Worth on Monday after playing in a Pearl Harbor Day parade in Hawaii. But the flight for the other half of the band was canceled because of the ice, leaving them stranded for an extra day in Hawaii.

The storm dumped snow through the Mid-Atlantic region. Freezing rain prompted the federal government to allow workers to arrive up to two hours later than normal Monday or take unscheduled leave.

In Washington, cab driver Mahdi Abdi said he had been driving since around midnight and the main roads were clear. But side streets were a different story.

Power outages were reported in Virginia, parts of West Virginia, Maryland and the metropolitan Washington, D.C., area following freezing rain, wet snow and sleet. More than 15,000 customers in Maryland were without power, where the weight of the ice weakened tree limbs that then contacted power lines and other equipment. Some 109,000 customers were without power in Virginia.

Parts of northwest and southwest Virginia and southern West Virginia got snow, while sleet and freezing rain prevailed west and north of Richmond.

At Ronald Reagan Washington National Airport, more than 100 flights were canceled, according to FlightStats.com, and crowds were sparse Monday morning as travelers made alternate plans. Some, though, were settling in for a long wait.

Emilio Lobato, 53, his wife Cheri and their daughters Katherine, 12, and Victoria, 10, were forced to spend an extra night in Washington following a long weekend sightseeing trip. Their flight home Sunday to Jacksonville, Fla., was canceled, and on Monday, the best they could do was a late-afternoon flight to Tampa, across the state.

"My daughter said it would be great to see some snow," Lobato said. "You know what they say: Be careful what you wish for."

"These kids are good travelers," he said.

"It's part of the hazards of being a tourist," Lobato said. "They've got homework and books, and maybe they'll break out in some Christmas carols."