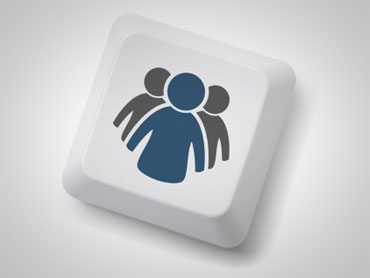 What's that? A young college grad lecturing her elders about online privacy?

It might go against conventional wisdom, but a new report from the Pew Internet & American Life Project is adding fuel to the argument that young people are fast becoming the gurus of online reputation management, especially when it comes to social networking sites.

Among other things, the study found that they are most likely to limit personal information online - and the least likely to trust free online services ranging from Facebook to LinkedIn and MySpace.

Marlene McManus, 21, is among those young adults.

On the job hunt since graduating from Clark University in Massachusetts, she's been "scouring" her Facebook page, removing photos that contain beer cups and any other signs of college exploits. She's also dropped Twitter altogether.

"I have to present a public face that doesn't have the potential to hurt my image," McManus says.

She has seen otherwise upstanding adults, well past their 20s, sharing compromising photos and questionable rants with too many people online. "I get embarrassed for these people and sometimes just want to shake them," she says.

In this instance, adults over the age of 30 might do well to listen. The Pew study and a mounting body of new research is showing that the very generation accused of sharing too much information online is actually leading the pack in online privacy.

The Pew study found, for instance, that social networkers ages 18 to 29 were the most likely to change the privacy settings on their profiles to limit what they share with others online. The percentage who did so was 71 percent, compared with just 55 percent of the 50- to 64-year-old bracket.

Meanwhile, about two-thirds of all social networkers who were surveyed said they've tightened security settings.

The survey also determined that:

- about half of young people in that 18-29 bracket have deleted comments that others have made on their profile, compared with just 29 percent of those ages 30 to 49 and 26 percent of 50- to 64-year-olds. The numbers were similar when it came to social networkers who removed their names from photos that were tagged to identify them.

- When asked how much they can trust social networking sites, 28 percent of the youngest adults surveyed said "never." A fifth in the 30-49 bracket said that and just 14 percent of those ages 50 to 64 agreed.

The Pew report, which was released Thursday, was compiled from telephone interviews conducted by Princeton Survey Research International between Aug. 18 and Sept. 14, 2009, among a sample of 2,253 adults. The margin of error is plus or minus 2.3 percentage points.

Mary Madden, the Pew researcher who was the study's lead author, says the findings partly reflect the fact that young people have been using social networking longer than their elders, thus making them more experienced in dealing with its intricacies.

But she says young people also are at a point in their lives where, like McManus, they're looking for work and just starting to develop a name for themselves.

Consider also that the study found that a quarter of online adults said their employers now have policies about how they portray themselves online.

"Young adults have, in many ways, been forced to become experts in their own form of social revision," Madden says.

They're also an extremely "brand conscious" generation, says Fred Stutzman, a doctoral candidate at the School of Information and Library Science at the University of North Carolina who co-founded ClaimID.com, a free online identity management service that he now uses as a research project.

"Increasingly, it's the advice that young people get from counselors and elsewhere: 'You need to have your own brand and you have to watch that brand,'" Stutzman says.

He jokes that older people don't care as much because "if you've got a pension, you can pretty much say what you want."

There might be a bit of truth to that. The older you get, the less you have to worry about applying to college and attempting to move up the career ladder.

Stefanie Juell, a 28-year-old in Westchester County, N.Y., has become increasingly aware of this. So she recently opened an extra Facebook account after her supervisor and people she'd met through work started to friend her on her personal account.

"You don't exactly want to reject your supervisor," she says. "Nor do you want him or her to see everything that your friends write on your wall or the pictures that people tag of you."

So now, she uses that new professional Facebook account for her job in alumni relations at a small liberal arts college. In the evening, she shifts to her long-standing personal Facebook account, which has its security settings set as tightly as possible.

"It's important to separate," she says, "and to maintain a work-life