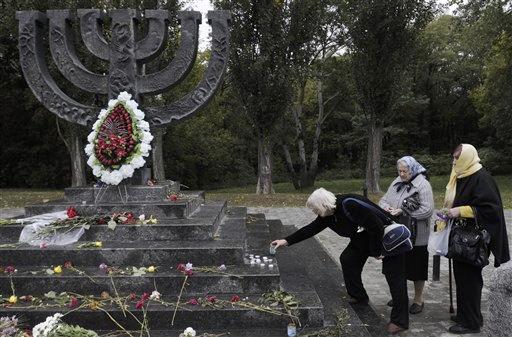 It sounds appealing: Create your own personal account with Social Security taxes, and when you die, leave the money to your heirs.

It will belong to you, President Bush and his allies say repeatedly. You'll own it.

But many retirees will have to use a big chunk of their nest egg to buy an annuity, which guarantees a monthly income but disappears when you die.

Retirement planning is a balance between personal control and financial security, experts explain, and to get one, you give up the other.

"It's an unavoidable trade-off," said Jeffrey Brown, a finance professor at the University of Illinois at Urbana-Champaign who served on Bush's 2001 Social Security commission.

Social Security today is essentially a giant insurance program, or one big annuity. The people who die early subsidize those who live a long time.

The Bush plan is all about ownership. Younger workers could divert up to two-thirds of their Social Security taxes into private retirement accounts. When they retire, the money in those accounts is theirs - they can spend it, save it, leave it to heirs.

But there's a hitch, and it deals with financial security. Bush would make many people tap those personal accounts to buy life annuities sufficient to prevent them from slipping below the poverty line in retirement. Beyond that, others might want to buy annuities to be sure they don't outlive their money.

"People definitely want security," said Virginia Reno, vice president for income security at the National Academy of Social Insurance. "Ownership and individual responsibility has its appeal, but it also brings the risk you can make mistakes. You simply don't know whether you're going to die soon, whether you're going to live a long time."

Annuities have become a significant piece of the life insurance market, now accounting for just over half of all premiums. They come in a variety of packages, but in a life annuity, a client pays a lump sum and in exchange is guaranteed a certain monthly payment until he or she dies. The payments are determined by a variety of factors, including interest rates and the client's age and health.

"When you annuitize your resources, you completely give up the right to have access to that wealth. You can't leave it as a bequest," said Brown, an expert on annuities.

"I like the idea of encouraging an ownership society, where a mother or father, as a result of hard work, can set aside money, if he or she chooses, in a personal account that he or she can leave to whomever she wants," Bush said in typical remarks, this time in West Virginia earlier this month. "I think it's healthy for a society to have assets passed on from one generation to the next."

The Bush plan would require those who reach retirement to purchase an annuity that would provide enough money, when combined with traditional Social Security, to bring them to the poverty level.

The federal government considers a single person with income of $9,570 or less to be poor. The poverty line for a couple is $12,830 per year.

It's unclear how many people would be forced to annuitize their private accounts because there is no agreement on how much traditional Social Security benefits will be cut as part of the larger overhaul. But experts say lower-income retirees might wind up annuitizing their entire private account, leaving nothing for heirs when they die.

How much money the accounts themselves will generate depends on how much someone contributes and how much they earn in the market.

If a medium-income worker (average annual earnings of $34,700) put two-thirds of his or her Social Security taxes into a private account for 40 years, and if the account earned an average of 2.7 percent per year after inflation, this worker would have $76,400 at retirement. That would buy an annuity of $430 per month.

If the account earned more, say 4.7 percent after inflation, the same person would have $118,800, enough for a monthly annuity of $666, according to Social Security Administration calculations provided to the National Academy of Social Insurance.

The American Council of Life Insurers has no public position on whether personal accounts should be created. But if the accounts are created, then people should be required to buy annuities, said Laurie Lewis, the group's senior vice president for taxes and retirement security.

Without them, Lewis said, the country "may end up with more and more retirees who don't have enough money in retirement to meet their needs."