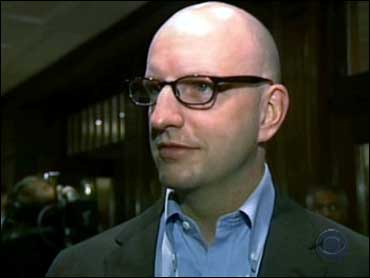 Soderbergh's lawyer declined to comment Thursday on the lawsuit, and his manager didn't immediately return a telephone call.

Frances Lawrencina Anderson's paternity suit says the "Traffic" and "Ocean's Eleven" director helped pay medical expenses during Anderson's pregnancy, and a DNA test showed he was the father of the girl she had in August.

"(Soderbergh) has acknowledged that he is the father of the child verbally," adds the lawsuit, filed Wednesday in a state court in Manhattan. Anderson's lawyer didn't immediately return a call Thursday.

Soderbergh, who won the best directing Oscar in 2000 for "Traffic," married TV personality and novelist Jules Asner in 2003.

Anderson's lawsuit says she and Soderbergh had a sexual relationship at points including December 2009, when his play "Tot Mom" opened in her hometown of Sydney. Soderbergh wrote and directed the play, which reflects on media coverage of the case of slain Florida toddler Caylee Anthony.

Soderbergh, 48, gained acclaim and a screenwriting Oscar nomination for 1989's "Sex, Lies, and Videotape," which he also directed. He also got a directing nomination for 2000's "Erin Brockovich," making him one of few directors to be nominated for two films in one year.