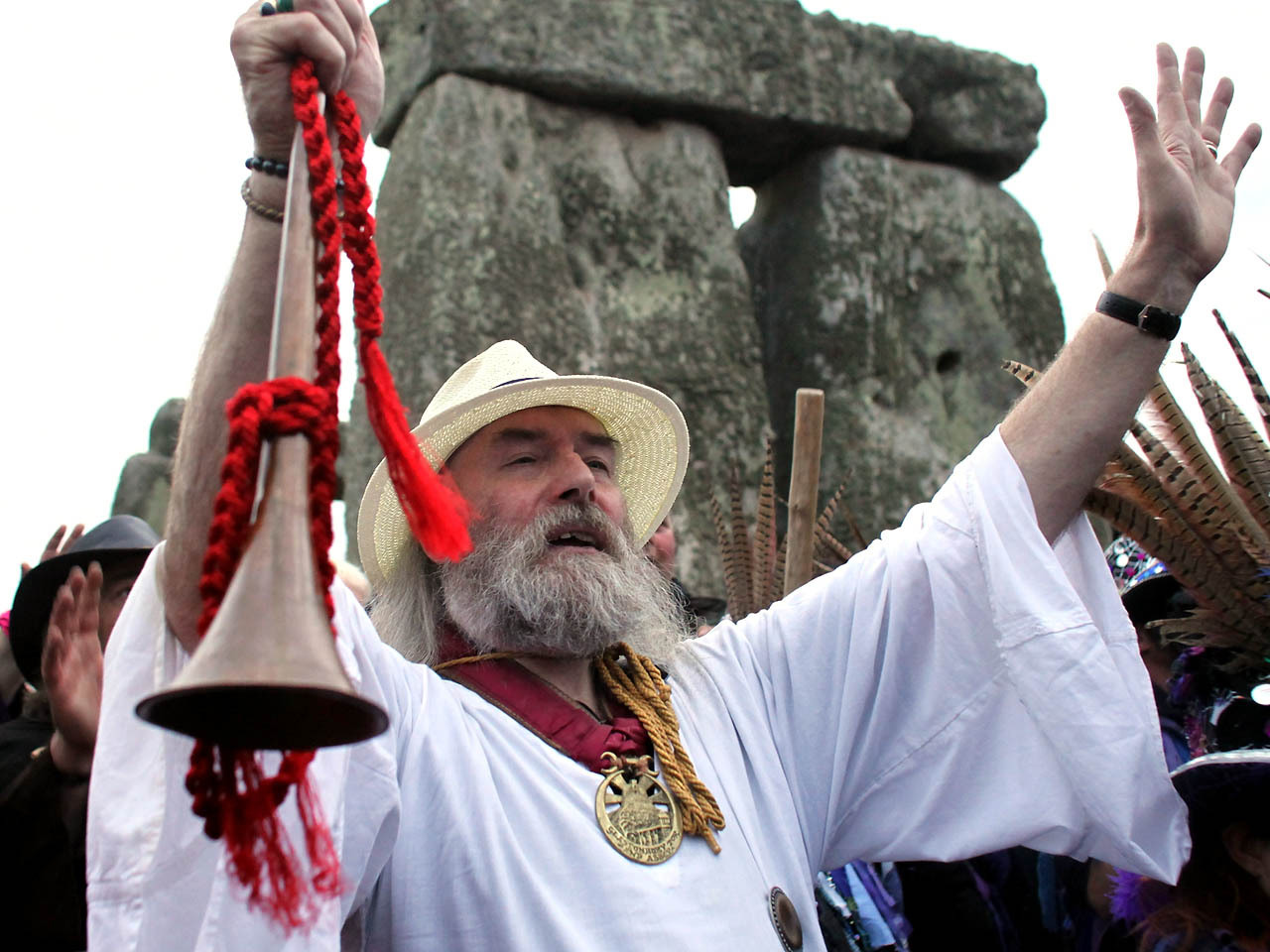 So bad was the downpour that even one of Britain's latter-day druids - fixtures of the annual celebration - was forced to seek refuge with journalists in a tent set up near the entrance.

English Heritage put the crowd at the summer festival at 14,500, well below figures which typically hover around 20,000.

Summer solstice — the longest day of the year in the northern hemisphere — has long drawn people to Stonehenge, a mysterious set of standing stones whose purpose remains a matter of conjecture.

The ancient stone circle on the Salisbury Plain about 80 miles southwest of London, was built in three phases between 3000 B.C. and 1600 B.C. It is one of Britain's most popular tourist attractions with over 850,000 visitors a year.

Each of the revelers Thursday marked the occasion in their own way, with some pressing their heads against the stones in silent meditation and others shouting out pop tunes while swigging cheap booze from plastic bottles.

"It's magic," said Sandy Kay, 37, whose dance troupe participated in the night's opening ceremony. "It's one of the few times of the year you can go up and touch the stones."

The climax of the ceremony, which took place at the pockmarked Heel Stone at the edge of Stonehenge, involved chants of "All hail the sun!" even though the sun was nowhere to be seen amid the thin gray-white fog that settled around the Stonehenge's muddy fields Thursday morning.

But when Pendragon, resplendent albeit damp in his red-and-white robes, asked whether the crowd had had a happy solstice, the answer was a resounding: "Yes!"

Visitors returning from the monument were philosophical about the foul weather.

"I was disappointed that you couldn't see the sunrise," said Connie Malone, an Australian tourist in her late 50s. "But it was still special."

She said that rainy English summers were hardly a surprise. In any case, she said, "in Australia right now it's winter."

Solstice celebrations also take place in other countries, although many are deferred until the last weekend in June.

Danes light bonfires, and Balts flock to the countryside. Swedes and Finns spend midsummer at secluded lakeside cottages or at open-air dance venues during a celebration when large amounts of alcohol are consumed.