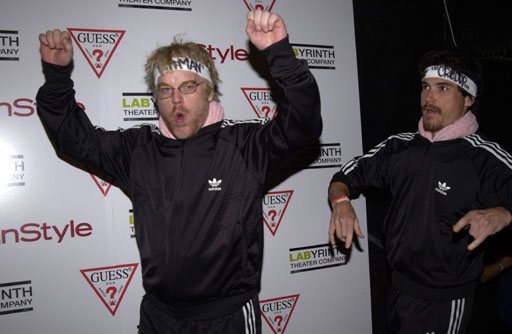 The Buffalo Sabres looked too slow, committed too many penalties and didn't get enough shots on net. It didn't matter -- they had Dominik Hasek.

Hasek made 38 saves and Curtis Brown scored a short-handed goal that helped extend Buffalo's unbeaten streak to six games with a 2-2 tie against Ottawa on Tuesday night.

"From what I saw, we were one or two steps behind all night and very slow," said Hasek. "It looked like we just couldn't skate. Nobody in this locker room can be happy with this performance. At least we didn't lose, but we didn't deserve the tie."

Senators goaltender Damian Rhodes stopped 21 shots, including a spectacular diving glove save on Miroslav Satan with eight minutes left in the third period that preserved the tie.

The Sabres were on the power play for the last minute of overtime, but were unable to capitalize despite managing a pair of quality shots.

The Senators took a 1-0 lead on Igor Kravchuk's first goal of the season, a power-play score midway through the first period that beat Hasek.

Jason Wooley tied it less than two minutes later on a slap shot that slipped past Rhodes.

Vaclav Prospal made it 2-1 when he stole an errant pass by Geoff Sanderson and beat Hasek on a breakaway with less than three minutes left in the first period.

"It feels like we may have lost a point," Prospal said. "They have Hasek, but that's not an excuse. We had a lot of chances and could have scored more than two goals, but he stood on his head as he does for 82 games all year."

The Sabres evened it on Brown's score, his third of the season, at 15:38 of the second period. He skated in from the side of the net and put the puck over Rhodes for the Sabres' first shorthanded goal of the season.

Hasek has een it net for every minute of the Sabres' 12 games thus far. Buffalo is the only NHL team to have played only one goalie.

"I don't think we ever take him for granted," Brown said. "He's definitely the go-to guy on this team. You don't ever like to see him face that many shots, but he bailed us out. Hopefully, we can turn things around and take some of the heat off him."

The Sabres earned the point even though they finished with 10 penalties, including a game misconduct by Eric Rasmussen in which he left his feet and caught Andreas Johansson with an elbow.

"What do you expect with all those penalties?," said Sabres defenseman Jay McKee. "They could have had four or five goals, but luckily we stole a point."

Ottawa's Andreas Dackell played his first game after missing four because of a vicious check on Oct. 29 from the Flyers' Eric Lindros. The Senators remained winless (0-2-1) since Daniel Alfredsson's return from a knee injury.

Over $30 million needed for Capitol repairs and security, officials say

The Architect of the Capitol predicted even more funds will be needed, especially if security posture remains high