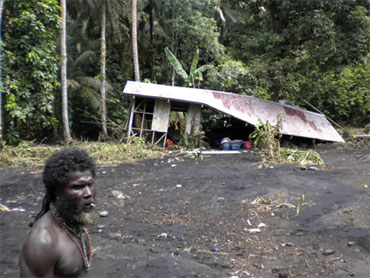 A disaster management official says an earthquake and a tsunami have destroyed 200 homes on one island in the Solomons, leaving about one-third of the population homeless.

No injuries have been reported some 30 hours after the biggest in a series of quakes churned a tsunami wave that was up to 10 feet high as it plowed into a remote region in the nation's west on Monday.

Yates says more than 1,000 people have been affected after some 200 houses were destroyed.

Only 3,600 people live on Rendova, one of the Solomon Islands some 190 miles from the capital Honiara.