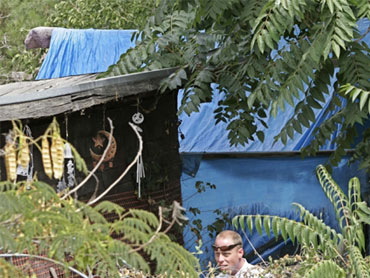 Safety experts say you could be driving on old tires and not even know it, and that could put you and your family at risk, reports The Early Show consumer correspondent Susan Koeppen.

Sean Kane runs a safety research firm, Safety Research & Strategies, Inc., that has linked 50 serious accidents and 37 fatalities to older tires. "The factor that linked them all together is the tires were all six years old or older and, in most cases, were unused or barely used, and had more than ample tread depth on them, and no visible appearance of any problem."

From the outside, tires may look perfectly fine, but Kane says as tires age, they start to break down on the inside, and that can cause them to suddenly come apart on the road. "The tread will peel off like a banana, and that's what can cause a crash," he observes.

Some auto makers are so concerned about old tires, Koeppen notes, they have warnings in their owners manuals. One from Volkswagen says, "Old tires can fail in use. …Replace tires after six years regardless of tread wear."

To take it a step further, Kane wants tire companies to stamp an expiration date on their tires so consumers know to get rid of them after six years.

The tire industry asserts that proper maintenance is the key to safe tires, and there is no reliable data showing tires become dangerous after the six year mark.

In any event, Koeppen explains that there is a way to determine the age of many tires.

A code printed on the side of all tires, called the DOT number, has three or four numbers. If those numbers are, for example, 0, 3 and 6, it would mean the tire was made in the third week of either 1986 or 1996.

Koeppen says you should be particularly careful when buying used cars. She advises that you not only check the tires on the car, but the spare.

Even when buying new cars, it's wise to check the tire dates, Koeppen adds.