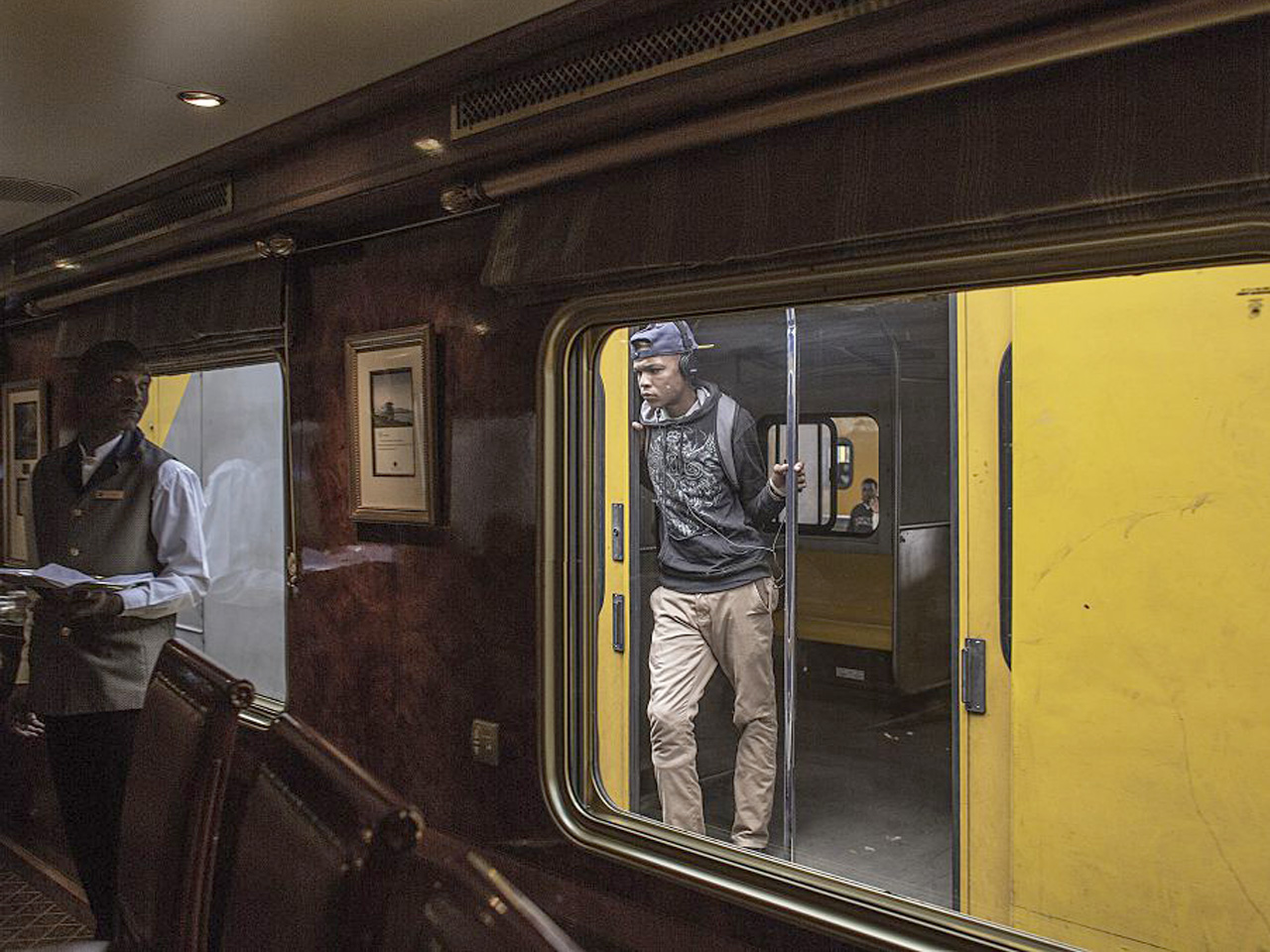 JOHANNESBURG - A 27-year-old South African man who was thrown from a moving train after resisting a group of assailants is paralyzed from the waist down, prompting a flow of donations for what is expected to be a long, costly rehabilitation.

Darryn August hit a tree after suspected robbers tossed him from the train in the Cape Town area last week, and his cousin, Edwin Brooks, said Wednesday that doctors believe August will likely not walk again because of spinal damage.

"I don't think the full reality has hit yet," said Brooks, who described August as undergoing a "roller coaster ride of emotions."

The incident, in which August sought to fend off assailants as other passengers watched, resonated for some South Africans accustomed to a high rate of violent crime. The attackers carried knives and other weapons, according to reports.

"He was basically first in line," said Graeme Dale Kuys, a friend who will raise rehabilitation funds with a bicycle ride.

The scheme, titled "Everest for August," requires Kuys to cycle 36 times up and down a Cape Town viewpoint until he has completed a total elevation of more than 8,840 meters (29,000 feet), or the height of Mount Everest. The trip will take about 15 hours.

Donors pledged more than $26,000 for August, who also suffered a collapsed lung and lay unconscious for several hours before medics arrived.

No arrests have been made. Police are investigating the attack as a case of robbery and attempted murder.

August had a "tough life" growing up in the poor Cape Flats area, where "you're always sort of fighting, protecting yourself," and was teaching soccer to youths in an outreach program, Brooks said.

"He never really backed down from anything," Brooks said.