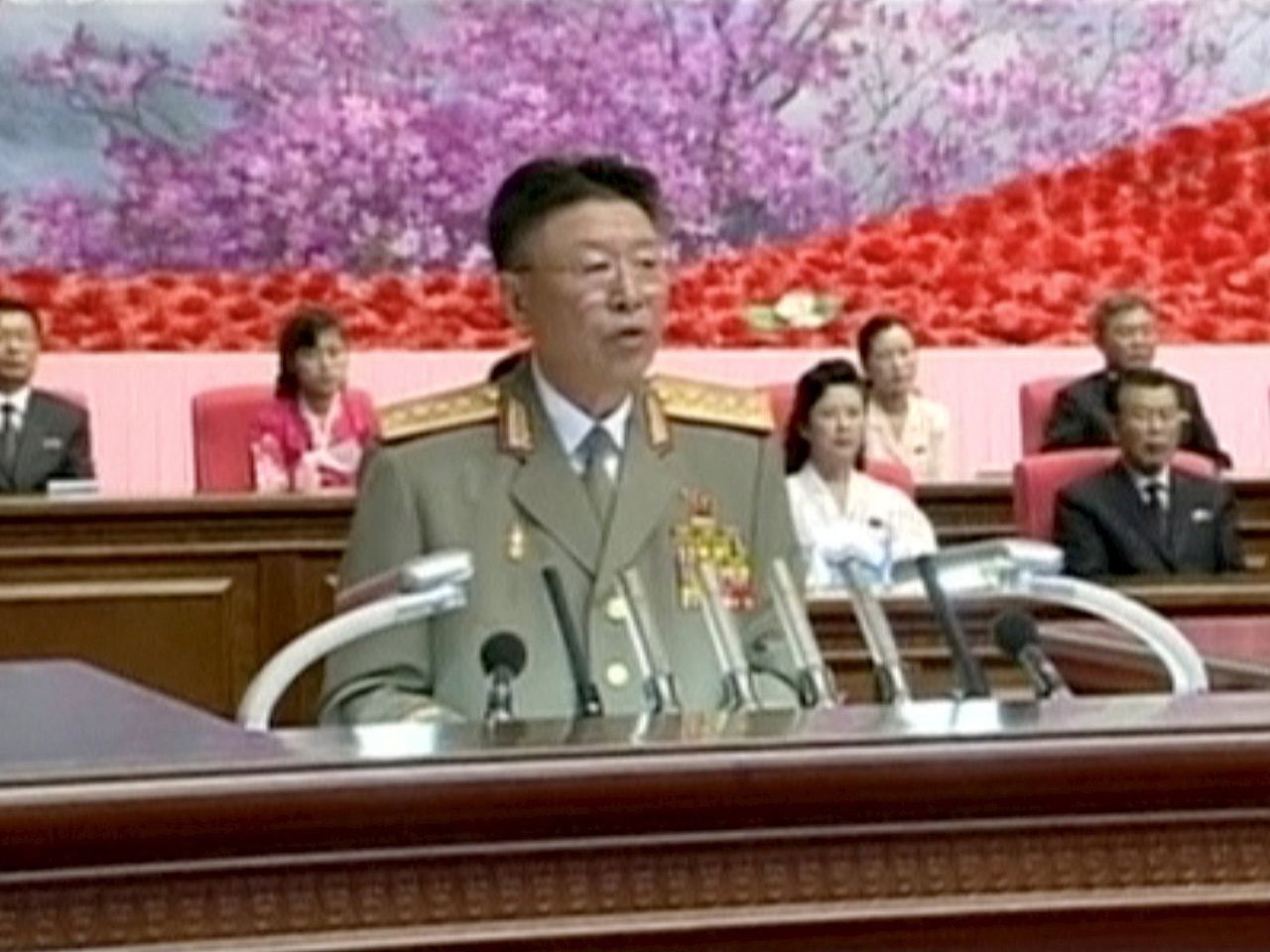 The news on Ri Yong Gil marks yet another blunder for South Korean intelligence officials, who have often gotten information wrong in tracking developments with their rival. It also points to the difficulties that even professional spies have in figuring out what's going on in one of the world's most closed governments.

Ri, who was considered one of North Korean leader Kim Jong Un's most trusted aides, missed two key national meetings in February. Seoul intelligence officials later said that Kim had him executed for corruption and other charges.

Kim has reportedly overseen a series of killings, purges and dismissals since he took power in late 2011, part of what foreign experts call an attempt to tighten his grip on power.

The South's report on Ri's execution seemed to be bolstered later in February when Pyongyang's official Korean Central News Agency confirmed Ri had lost his job by describing someone else as chief of the North Korean military's general staff.

He hadn't appeared anywhere in KCNA, the North's main media outlet for foreign audiences, until the report Tuesday that a person with the same name as Ri was among those awarded important positions during the just concluded Workers' Party congress in Pyongyang. The congress, the first in 36 years, ended Monday with announcements of personnel and organizational changes.

Seoul's Unification Ministry said Tuesday that it confirmed Ri is back after analyzing North Korean state media photos and video of the party congress.

South Korean media said that Seoul intelligence authorities were responsible for the initial reports on Ri's execution. But the National Intelligence Service - South Korea's main spy agency - tried to distance itself from the misstep, saying it never disclosed any information on Ri.

Monitoring developments among the North's ruling elite is very hard for outsiders; the country keeps strict tabs on visitors and its own state-run press acts as a disseminator of government propaganda. South Korea, which runs several intelligence organizations mainly tasked with spying on the North, has a mixed record.

Earlier this year, South Korean intelligence and defense officials faced criticism for failing to see in advance that North Korea had been preparing for its fourth nuclear test.

The NIS also failed to learn of the 2011 death of Kim Jong Il, the dictator father of Kim Jong Un, before Pyongyang's state TV announced it. In 2013, it saved its face by releasing its finding that Kim's powerful uncle Jang Song Thaek was purged, days before North Korea announced his execution.

The rival Koreas have shared the world's most heavily fortified border since the end of the 1950-53 Korean War, and they bar ordinary citizens from exchanging phone calls, letters and emails without special permission.