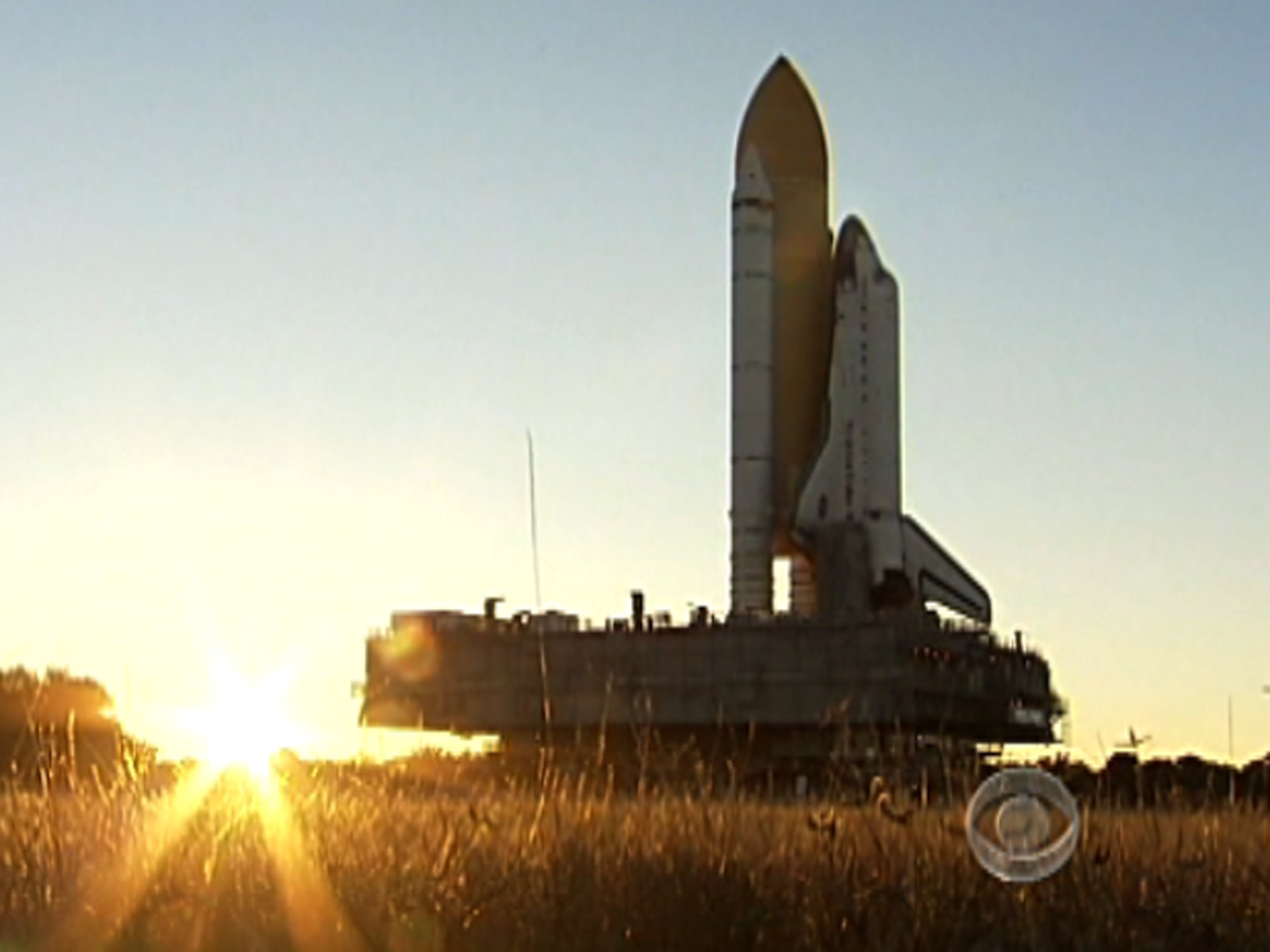 After 30 years of service, NASA's fleet of three space shuttles is standing down for good.

The final shuttle mission planned, the STS-135 launch of Atlantis, is scheduled for July 8. After that, the orbiters will be headed to museums to live out their lives on public display.

As we say goodbye to the iconic reusable space planes, here are eight surprising shuttle facts to keep in mind:

While in orbit, the space shuttle travels around Earth at a speed of about 17,500 miles (28,000 kilometers) per hour. At this speed, the crew can see a sunrise or sunset every 45 minutes.

Only one president has been on hand to witness a space shuttle launch. President Bill Clinton, along with his wife Hillary Clinton, watched Mercury astronaut John Glenn's return to space on the STS-95 flight on Oct. 29, 1998 from the Kennedy Space Center in Florida.

President Obama had planned to watch the shuttle Endeavour lift off on its final mission STS-134, on April 29, 2011, but that launch was delayed. The President and his family did visit the spaceport anyway.

The space shuttle isn't just a mode of transport: It's a laboratory, too. There have been 22 Spacelab missions, or missions where science, astronomy, and physics have been studied inside a special module carried on the space shuttle.

Spacelab, a reusable laboratory built for use on space shuttle flights, allowed scientists to perform experiments in microgravity . Starting in 1983's Challenger missions, animals became a prime component of space science. On the STS-7 mission, the social activities of ant colonies in zero gravity were examined, and during STS-8, six rats were flown in the Animal Enclosure module to study animal behavior in space.

The space shuttle's Thermal Protection System, or heat shield, contains more than 30,000 tiles that are constructed essentially of sand.

All of the tiles are thoroughly inspected before liftoff - they are a crucial tool that allows the space shuttle to endure the intense heat endured when the shuttle re-enters Earth's atmosphere to land. After the tiles are heated to peak temperature, the tiles can cool fast enough to be held in your hand only a minute later.

6. Packing on the pounds

Columbia, the first space shuttle to fly, weighed the most because NASA was still searching for lighter materials to use, and integrated some of these into the later orbiters.

The space shuttle program is officially known as the Space Transportation System (STS), and so each shuttle mission is designated with the prefix "STS."

Initially, the missions were given sequential numbers indicating their order of launch, from STS-1 through STS-9. However, because the then-NASA administrator James Beggs suffered from triskaidekaphobia  (the fear of the number 13) and wanted to avoid associations with the unlucky Apollo 13 mission, the agency drew up a new  numbering system for space shuttle missions, according to NASA history accounts by several astronauts at time.

What would have been STS-11 was named STS-41-B, STS-12 became STS-41-C, and STS-13 was STS-41-D. The first number was the last digit in the fiscal year (1984), the second number indicated the launch site (1 for Kennedy Space Center, and 6 for Vandenberg Air Force Base), and the letter indicated the sequence (A was the first launch of the year, and so on).

After the 1986 Challenger shuttle disaster, when that orbiter and its STS-51-L mission crew were lost, the agency resumed the sequential numbering system, starting with STS-26.

On May 11, 2009, astronaut Michael J. Massimino, a crewmember of the space shuttle Atlantis' STS-125 mission, became the first person to use the microblogging site Twitter in space.

Writing as @Astro_Mike, he tweeted "From orbit: Launch was awesome!! I am feeling great, working hard, & enjoying the magnificent views, the adventure of a lifetime has begun!"

Since then, many astronauts from NASA and other space agencies have posted Twitter messages from space. One, NASA spaceflyer Doug Wheelock, won a Twitter Shorty Award earlier this year for the posts and photos he shared from space using the website during his months-long stay aboard the International Space Station.

Atlantis's final mission is STS-135 and will fly a 12-day mission to deliver vital supplies and spare parts to the International Space Station. NASA is retiring all three of its shuttles after 30 years to make way for a new program aimed at sending astronauts on deep space missions to an asteroid and other targets.