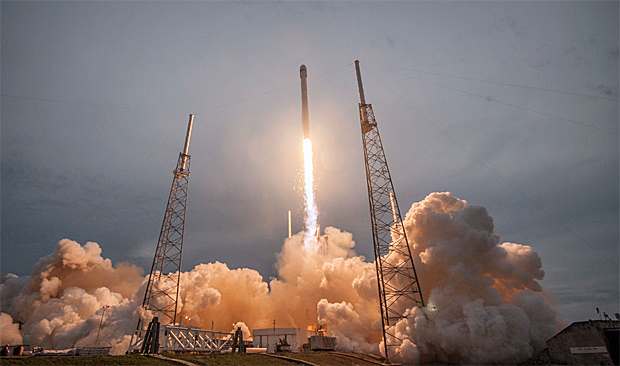 As expected, SpaceX has won a contract to launch a next-generation Global Positioning System navigation satellite, the Air Force announced Wednesday, the first such award since the California rocket builder won government approval to compete against United Launch Alliance for high-priority military launches.

The fixed-price contract has a value of $82.7 million, including the cost of a Falcon 9 rocket, mission integration, launch operations and spaceflight certification. The contract covers the second launch of a next-generation GPS 3 navigation satellite, with liftoff targeted for May 2018.

United Launch Alliance, a partnership between Boeing and Lockheed Martin -- builders of Delta and Atlas rockets -- has had a virtual monopoly on high-priority military launches since the company was formed in 2006.

But ULA did not bid on the GPS 3 launch in the wake of congressional restrictions on the use of Russian-built RD-180 engines powering the first stage of ULA's Atlas 5 rocket and other issues. The restriction was lifted late last year and ULA plans to bid on future GPS 3 launch contracts.

The first GPS 3 satellite is scheduled for launch atop a ULA Delta 4 rocket in May 2017, part of a 2013 sole-source "block buy" of 36 ULA rocket cores. In May 2015, SpaceX was certified to compete for evolved expendable launch vehicle -- EELV -- military payloads.

The Air Force plans to competitively award eight more launch contracts through the end of the fiscal year, Sept. 30, six of them covering GPS 3 launches.

"GPS 3 is the next generation of GPS satellites that will introduce new capabilities to meet the higher demands of both military and civilian users," the Air Force statement said. "The satellite is expected to provide improved anti-jamming capabilities as well as improved accuracy for precision navigation and timing."

It also will be compatible with European Galileo navsat system and will "compliment current services with the addition of new civil and military signals."