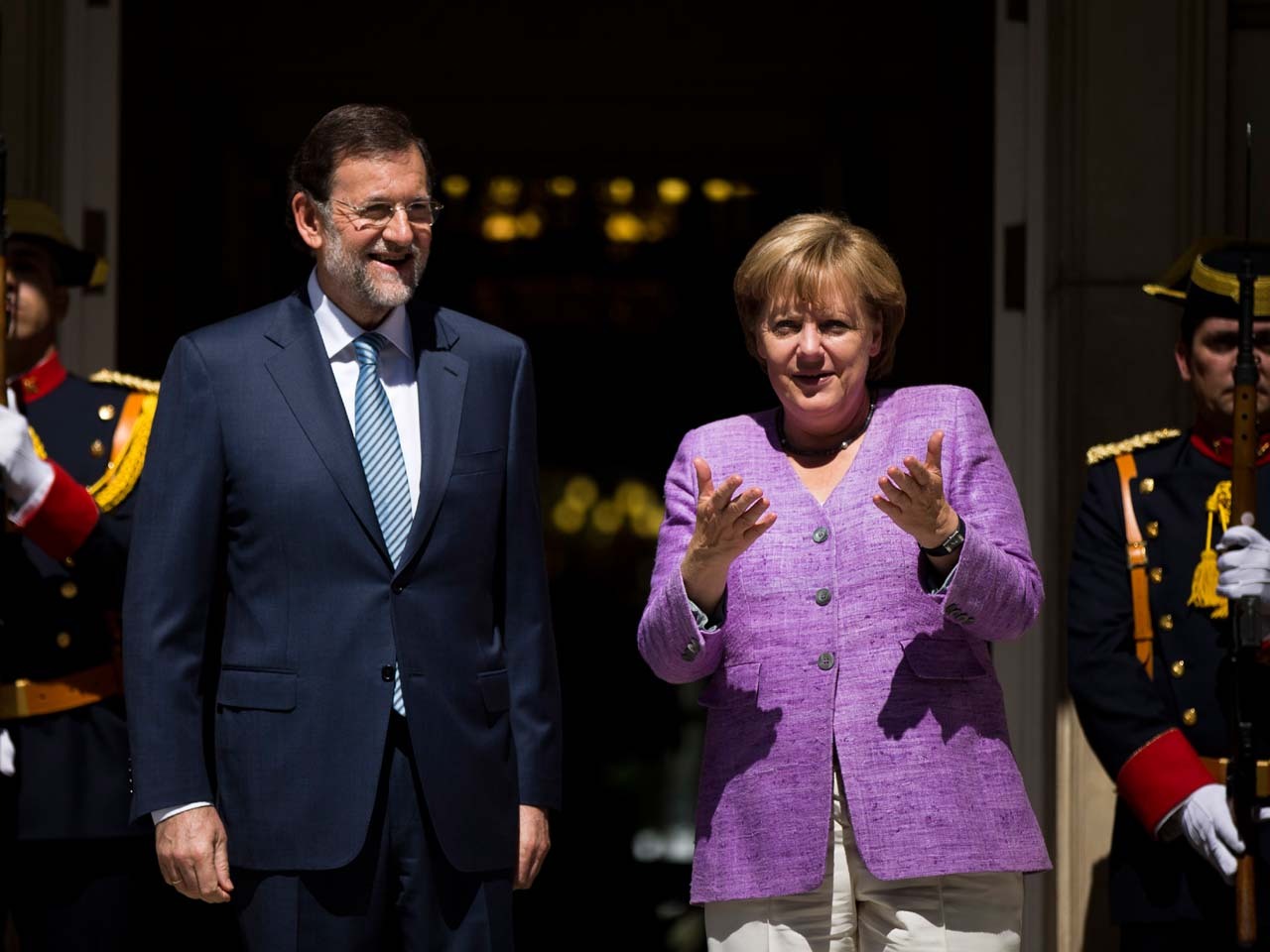 Spain's government is under pressure to accept a sovereign bailout for its public finances that could come with conditions that would mean more economic pain for a country in a deep recession with unemployment at nearly 25 percent.

But Luis de Guindos said Spain has already made significant progress this year with labor reforms and efforts to reduce a growing deficit through tax hikes and spending cutbacks.

"Spain is doing what Germany did 10 years ago," de Guindos told a gathering of Spanish and German business leaders at the presidential palace ahead of the Rajoy-Merkel meeting.

Over the last decade, Germany has raised its retirement age, amended its constitution to require a balanced budget and put in place labor market and welfare reforms. A key round of measures in 2003 reduced job benefits and protections - and was criticized at the time for cutting away at a cherished social welfare system.

While Rajoy and Merkel meet, the European Central Bank is expected to announce a plan to buy government bonds from countries like Spain which are struggling with high borrowing costs on their debt.

Rajoy said in an interview published Thursday that he views the possibility of an ECB bond program as part of its broader role beyond its key function of keeping inflation in check for the 17 countries that use the euro common currency.

"Orthodox thinking is very good, and I stand by it," he told Germany's Frankfurter Allgemeine Zeitung newspaper. "But everything is not always black or white."

Spain held a successful bond auction before Merkel's arrival, selling 3.5 billion euro ($4.4 billion) in bonds maturing in 2014, 2015 and 2016 - at rates far below similar auctions held during the summer on investor speculation that the ECB bond program will reduce the country's borrowing costs. The sale also hit the top end of the government's goal of selling between 2.5 billion euro and 3.5 billion euro in bonds.

The interest rate in the secondary market for Spain's benchmark 10-year bond fell to 6.26 percent Thursday morning after the auction, but that level still makes it difficult for the government to finance itself.