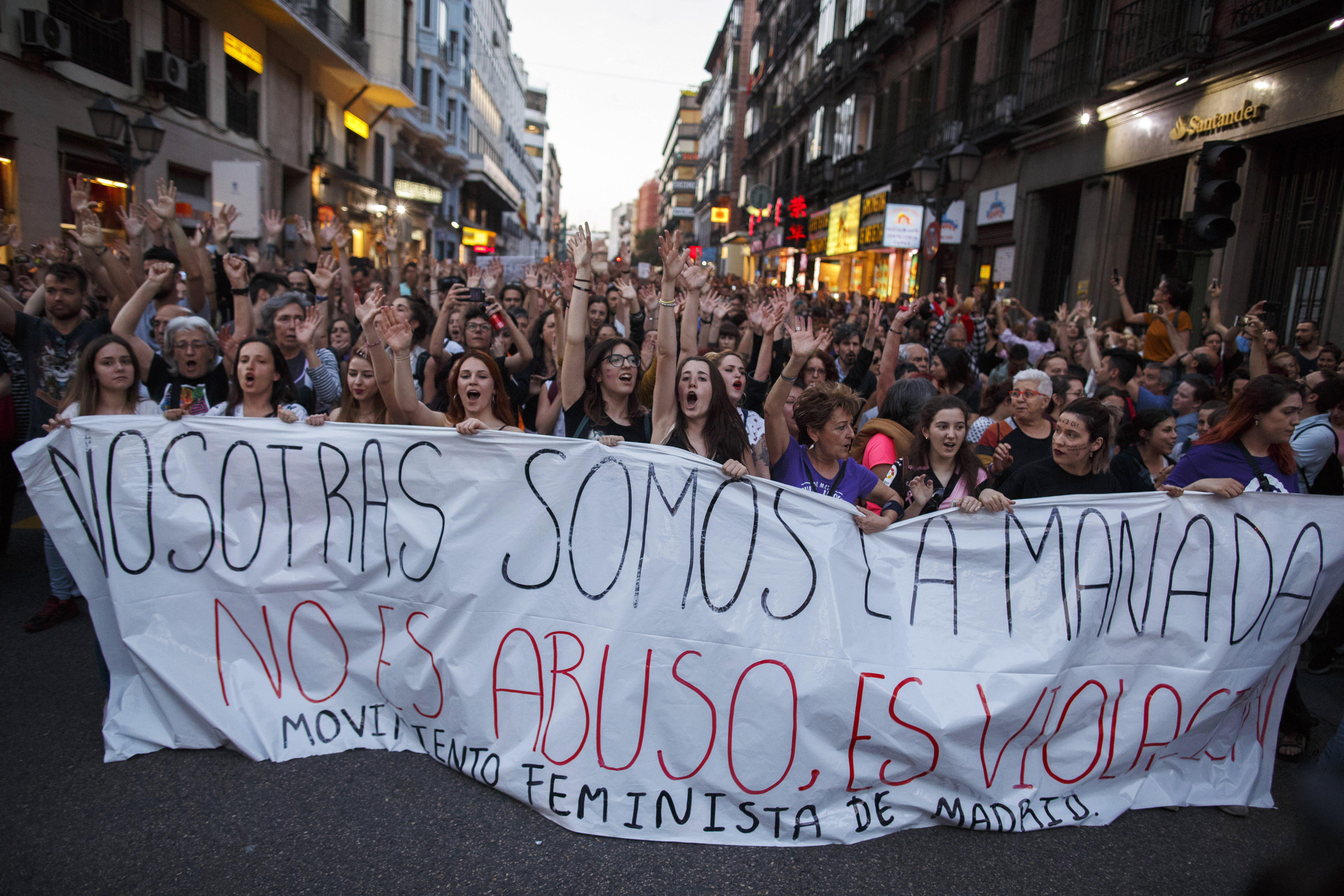 MADRID -- The Spanish government is considering whether changes to the law are needed after a court rejected charges of gang rape against five men and convicted them instead on a lesser charge of sexual abuse, an official said Friday. Street protests erupted across Spain on Thursday after a court in the northern city of Pamplona sentenced the five men to nine years each in prison for sexual abuse.

Activists described the attack during the 2016 running of the bulls festival in Pamplona as a gang rape.

Government spokesman Inigo Mendez de Vigo said Friday that the Spanish government respects the independence of courts but added that it "has always been, is and will always be on the side of the victims." He called the attack "despicable."

Also Friday, a top prosecutor in northern Spain said he will appeal the five men's convictions.

Jose Sanchez, the top prosecutor in Navarra province, said the attackers -- who took pride in their actions on a WhatsApp group named "La Manada" or "The (animal) Pack" -- should be punished for "sexual assault (rape) and not only for sexual abuse."

The verdict by two judges in Navarra and a third's dissenting vote to acquit the attackers has brought widespread anger and social debate in Spain. Many people are calling for legal reform and criticizing what they perceive as machismo in the judiciary.

The Spanish criminal code says evidence of violence or intimidation must exist for the more severe offense to be proved.

The Spanish hashtag #cuéntalo, or "tell it," has been widely circulated in Twitter since the court's decision, as people other sexual assault victims share their own stories in solidarity with the victim in Pamplona, who was just 18 at the time of the attack.

The five men, identified by the BBC as José Ángel Prenda, Alfonso Cabezuelo, Antonio Manuel Guerrero, Jesús Escudero and Ángel Boza, were sentenced to nine year prison terms. Prosecutors had sought sentences of more than 20 years for each.

Any changes to the law require approval by a majority of lawmakers in parliament.