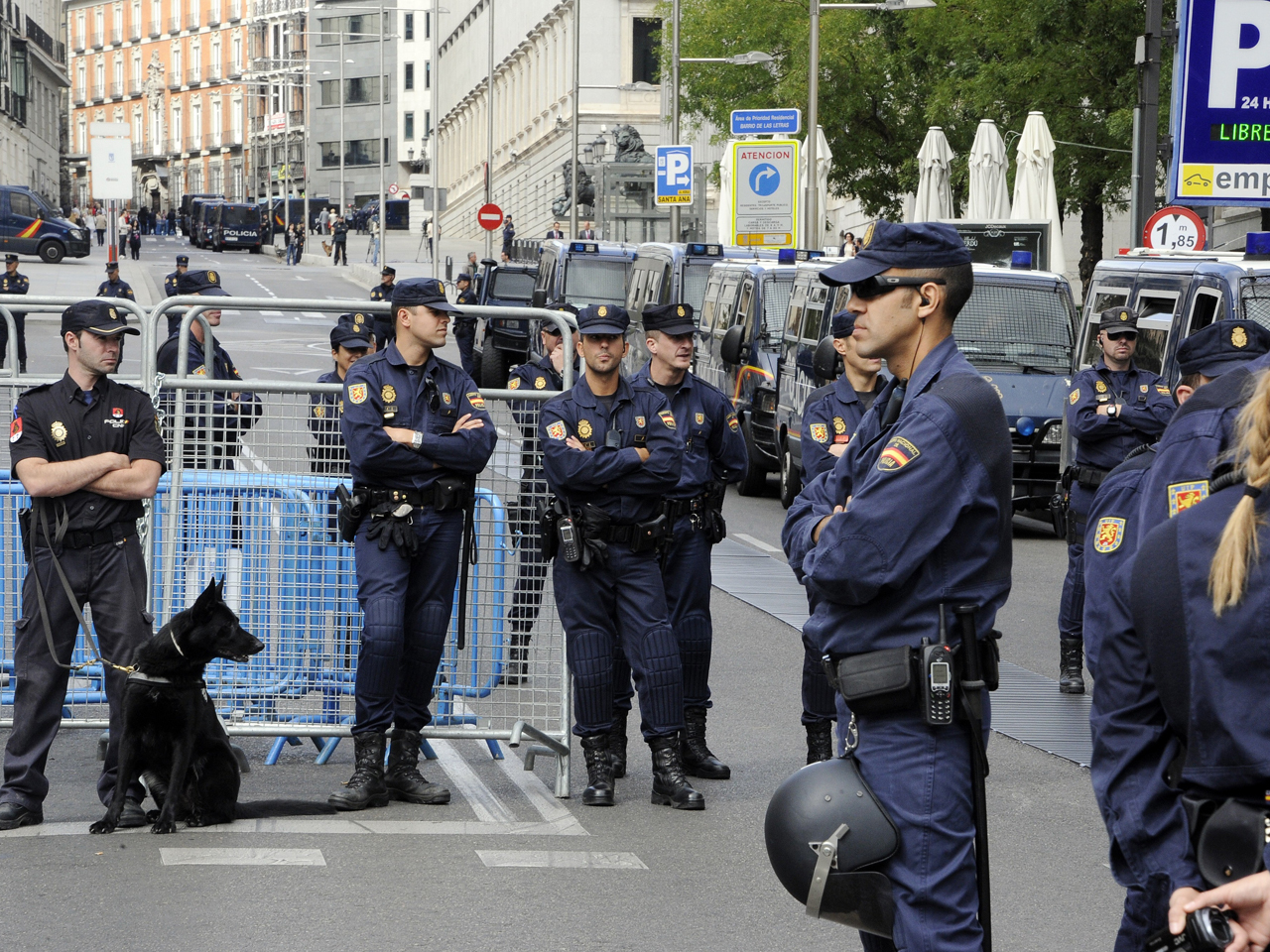 (AP) MADRID — Spain's Parliament took on the appearance of a heavily guarded fortress Tuesday, hours ahead of a protest against the conservative government's handling of the economic crisis.

The demonstration, organized behind the slogan `Occupy Congress,' is expected to draw thousands of people from around Spain and was due to start around 1730 GMT.

Madrid's regional Interior Ministry delegation said some 1,300 police would be deployed though protesters say they have no intention of storming the chamber, only of marching around it.

They are calling for fresh elections, claiming the government's austerity measures show the ruling Popular Party misled voters to get elected last November.

The protest comes as Spain struggles in its second recession in three years and with unemployment near 25 percent.

Spain has introduced austerity measures and economic reforms in a bid to convince its euro partners and investors that it is serious about reducing its bloated deficit to 6.3 percent of gross domestic product in 2012 and 4.5 percent next year.

Concerns over the country's public finances was evident earlier when the Treasury sold euro3.98 billion ($5.14 billion) in short-term debt but at a higher cost.

The government is expected to present a new batch of reforms Thursday as it unveils a draft budget for 2013. A day later the results of bank stress tests carried out by an international auditing company are to be released.

Spain has already been granted a euro100 billion loan by its 16 partner nations using the euro currency to help bail out those of its banks worst hit by the collapse of the country's real estate sector in 2008.

Spain has yet to tap the fund and initial estimates say the banks will need some euro60 billion.