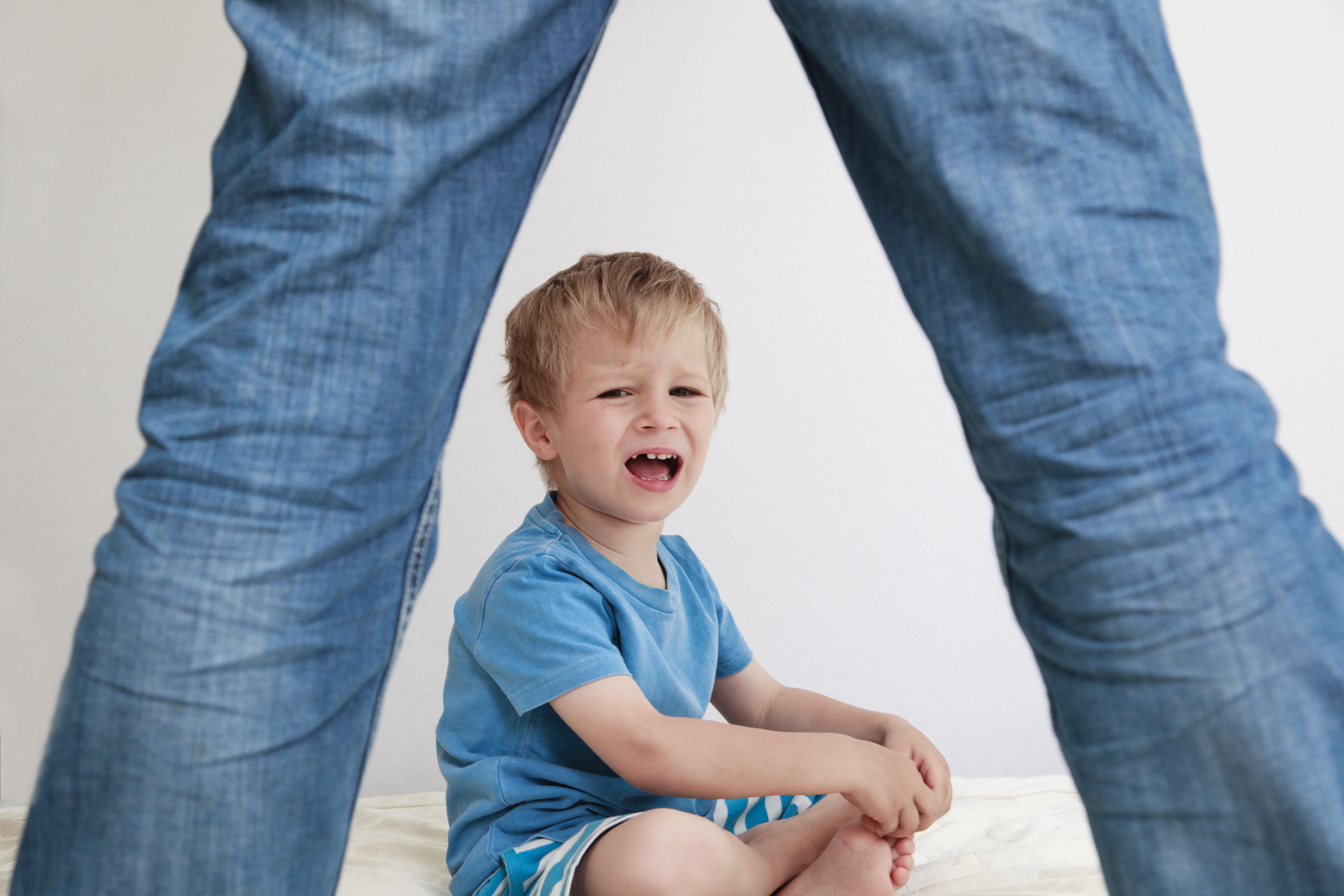 Words matter when it comes to how people perceive parents’ actions when they discipline their kids, a new study shows.

When researchers at Southern Methodist University, in Dallas, asked adults – 481 parents and 191 without kids – to judge a child’s misbehavior and the punishment that followed, the study participants were more accepting of the same violent punishment when it was called a “spank” versus terms like “slap,” “hit” or “beat.”

In other words, the same form of discipline was considered better or worse depending on the verb used to describe it, study author Dr. George Holden, professor and chair of the department of psychology at SMU, told CBS News.

“Other people have talked about this issue, so it’s not a novel idea, but no one to date has done an empirical study to show simply by changing the particular verb used to describe a parental act that it does indeed change peoples’ perceptions,” he said.

For the study, the researchers asked participants to read online about discipline scenarios in which a mother and her 5-year-old son were interacting. The little boy misbehaved in eight different situations that involved things like stealing, ignoring a request, lying, teasing, destroying property and animal cruelty. For each scenario, they read the mom’s response but different verbs were used in each one. The words included “spank,” “slap,” “swat,” “hit” and “beat.” The researchers chose words most commonly used to describe corporal punishment in the U.S.

The scenarios were brief, for example: “John continues to hit his sibling after his mother asks him to stop. John’s mother (blanks) him.” Then participants rated how acceptable that punishment was, and how common and effective it was in changing the child’s behavior.

“We wanted to get at an individual’s scheme of understanding of these different discipline behaviors,” Holden said, explaining that by including non-parents as well as parents, the research provided a broader cultural look at the topic.

The term “spank” was rated highest as the most common, most acceptable and most effective technique.

“If we simply switched out that word for the same behaviors and put in ‘beat,’ it was considered much less common, not acceptable and less effective, even though it was describing the same scenario. They endorse and support ‘spank’ but if we call it what it is, a violent act, then people did not think it was OK to use,” Holden said.

That assessment might give some parents pause about the impact of their actions.

“Our belief is that it is never OK to discipline a child by striking them,” lead author Alan Brown, a professor of psychology at SMU, said in a press statement about the research, which is published in the journal Psychology of Violence.

How common is spanking as punishment? Studies show different rates, but one indicated that as many as 15 percent of parents start hitting to discipline their child at 6 months of age.

“They spank their infant to try to teach them. That’s really scary. There’s no way a child can learn what a parent is teaching at that age,” Holden said.

There is actually a big debate about whether spanking is abusive or not, even in the medical community, Holden said. Child protective services – state agencies that respond to reports of child abuse – define abuse as an act that leaves a mark or worse.

In this study, he said, “We didn’t really approach the question of whether spanking is considered abusive or not.”

Their goal, the authors wrote, was “to compare how different verbs, routinely used to describe disciplinary actions, affect judgments of how acceptable, effective, and common the response is.”

Holden added, “I don’t want readers to think everyone who spanks their kid is abusive, but it is a violent behavior and we certainly don’t condone it. There are alternatives. You never need to spank your child.”

One interesting distinction the study found between parents and non-parents is that parents viewed acts of physical punishment as more common than those without children. There were no group differences in how acceptable or effective these actions were considered to be.

Other research has shown that in the long run, spanking a child leads to more bad behaviors, not the better manners some parents may wish for. A five-decade study out last year found that kids who are spanked are more likely to be aggressive and antisocial.

“So much depends on the age and situation of a child, but there’s this whole movement of positive discipline. There are dozens of alternatives but the most fundamental one is re-evaluating why are you getting so worked up over your child’s behavior and why are you demanding immediate compliance. Sometimes it’s important that the child stops doing the [negative] behavior, but often, parents have unrealistic expectations. A parent getting worked up about something trivial like a child picking his nose, or reaching for at tempting object that shouldn’t be there in the first place, for example,” Holden said, explaining that younger children’s brains aren’t yet developed and don’t have the self-regulating abilities that older kids have.

Public health efforts could help reduce violence against children, the authors said, including educational videos in pediatrician’s offices and hospitals. Some hospitals now have ‘no-spanking zones’ to remind parents corporal punishment is off limits.

“People don’t recognize spanking is a violent act. It is physical force intended to hurt a child. We’re whitewashing the behavior by calling it spanking,” said Holden.