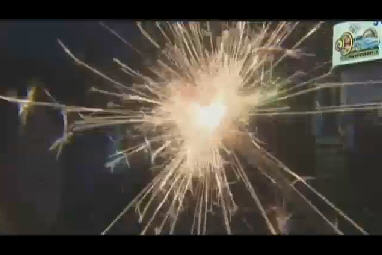 (CBS) HOLLISTON, Mass. - Forty-eight states allow the use of sparklers, one of the tamer forms of fireworks, but not Massachusetts, according to CBS Boston.

Marty Lamb, a candidate for the state assembly, wants to change that, calling the state's sparkler ban "anti-American."

Claiming that Massachusetts wants to control every action and regulate everything its inhabitants do, Lamb told CBS Boston, "We can't ever pick up a sparkler with our kids to celebrate the Fourth of July."

"I'm looking at jobs, the lack of jobs, and over-regulation, and this is just a prime example of overregulation," Lamb contended.

But Fire Chief Michael Cassidy of Lamb's hometown of Holliston told CBS Boston how severe the safety concerns are.

"The tip of the sparkler burns at 12 hundred degrees. Glass melts at 900," he explained.

Federal consumer statistics show that nearly 9,600 people were treated for burns due to fireworks last year; eighteen percent of those injured involved sparklers.

Meanwhile, in the neighboring state of Rhode Island, 90 percent of Slojo's Fireworks customers are from Massachusetts.

Which item sells more than any other?

"Sparklers are the number one seller," said owner Michael O'Neill.