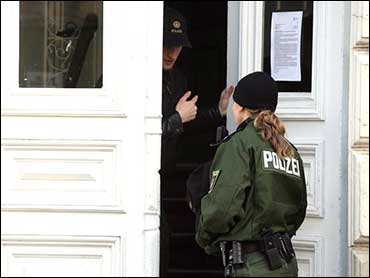 The Los Angeles Sparks were too much for the Phoenix Mercury.

Phoenix kept it close until Los Angeles' 14-2 run in the second half extended the Sparks' lead to 20 points.

"For the first half and the first seven minutes, we were right there with them," Phoenix coach Cheryl Miller said. "They just kept putting in more athletes and we just simply ran out of gas."

The Sparks will play at either Houston or Sacramento on Thursday night to open the Western Conference final. Houston leads Sacramento 1-0, with Game 2 on Monday night in Houston.

Leslie was 12-for-17 from the field and 5-for-7 from the line. Leslie and Mwadi Mabika each had eight rebounds, leading the Sparks to a 37-22 advantage.

Jennifer Gillom and Lisa Harrison each scored 16 points for Phoenix. Tonya Edwards added 12 points and Brandy Reed had 11 for the Mercury, who dropped the opener 86-71 at home.

"We came out and established everything that we wanted to," said Sparks coach Michael Cooper.

The Sparks went on a 10-0 run to take a 27-14 lead. The Mercury outscored Los Angeles 22-15 during the remainder of the first half to draw within six points.