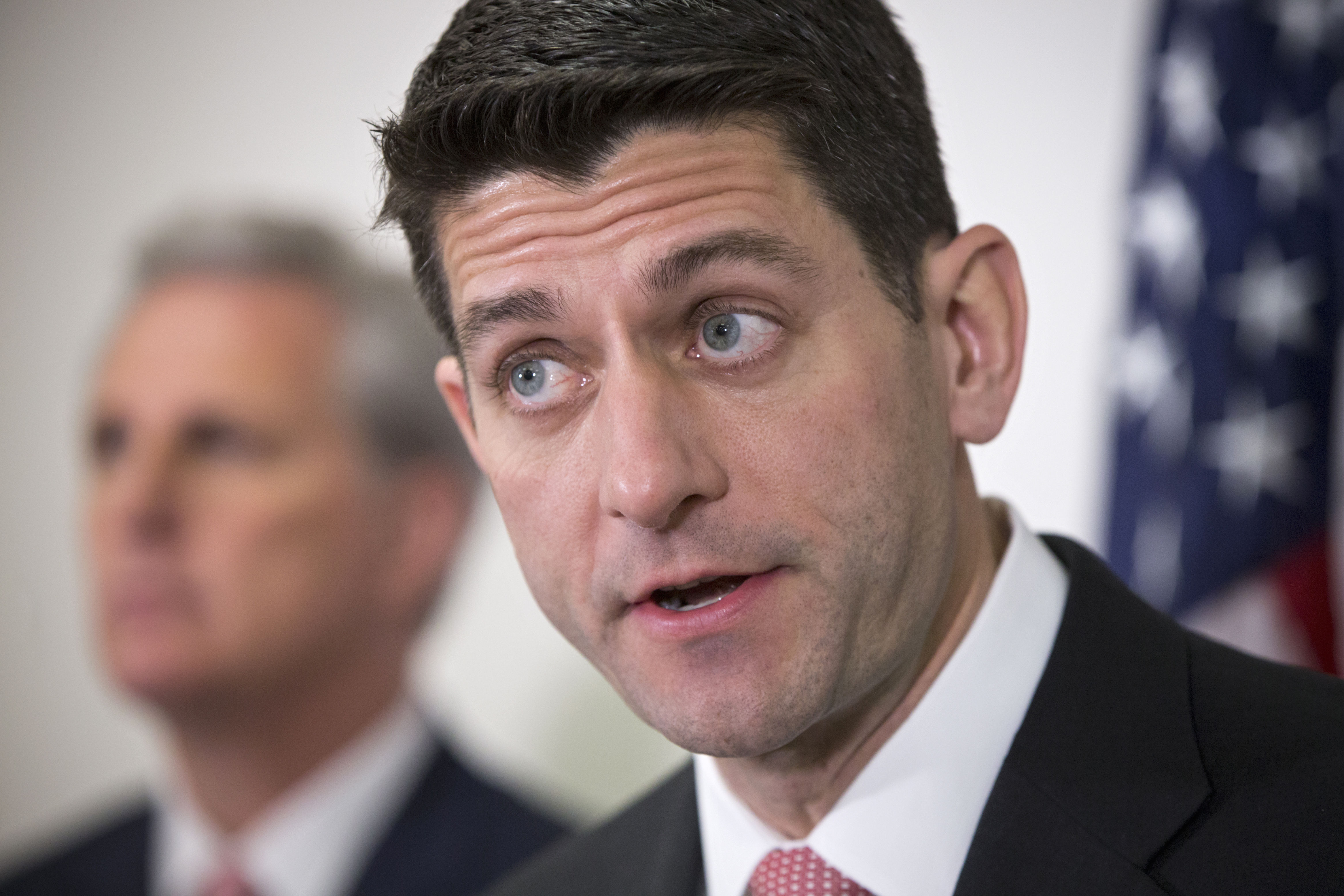 Speaker Paul Ryan said Thursday that he laughed out loud when he heard Donald Trump issue a somewhat odd threat against him on Super Tuesday.

"I just laughed out loud, I think. You know, sometimes reality is stranger than fiction around here these days. I don't really think anything of it," Ryan told reporters at his weekly press conference at the Capitol.

At his press conference Tuesday night in Palm Beach, Florida, Trump said there would be repercussions if Ryan didn't cooperate with Trump if he wins the presidency.

"Paul Ryan, I don't know him well, but I'm sure I'm going to get along with him, and if I don't, he's going to have to pay a big price, okay?" Trump said.

Ryan said his priority is to focus on ensuring House Republicans craft an agenda in Congress "to offer the country a very bold and specific path forward."

"As far as the presidential candidates, I'm going to reach out to each and every one of them to walk them through what it is we are doing in the agenda project, that we want to work with whoever our nominee is when that point comes," he said.

Asked if he's confident Trump would embrace their agenda, Ryan said, "We'll see when we have a nominee."

Ryan said he doesn't "really know" Trump, but he plans to get to know him if he clinches the nomination.

"I'm a good-natured guy, so I get along with everybody," he said.

Ryan's comments come just two days after he took a subtle swipe at Trump when he said his party's nominee should reject bigotry. It came after Trump struggled to disavow the Ku Klux Klan and its former grand wizard David Duke.

On Thursday morning, Ryan's running mate in the 2012 presidential election, Mitt Romney, blasted Trump and his proposals and said he's unfit to be president.