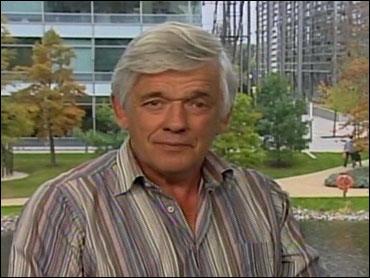 I see that President Bush has invited world leaders to discuss new rules for running the international economy, but I think I can save him the trouble. Let's face it, we already have a glut of world leaders crowding onto our TV screens to make solemn announcements about our economic problems -- at least we could be spared that. In particular, because the job has already been done for us all back in 1944, in New Hampshire, at the Bretton Woods conference.

Britain's representative at that conference, which decided the way to run the post-war international monetary system, was a talented economist called John Maynard Keynes. He was the one who said, when an economy is slowing, it's up to the government to borrow and spend. But, since the days of President Reagan and Prime Minister Thatcher, Keynes has been out, forgotten, a relic of history. For the last 25 years, the market has ruled.

But now, after the chaos of the last few weeks, Keynes is back. And it does seem rather odd that, when borrowing too much got us into this mess in the first place, all of a sudden ministers here and all over the world are promising to borrow and spend.

And not just a few dollars either -- each day it seems that with a flourish of their magicians' wands, our leaders produce billions of dollars from a source no one has yet quite identified -- but may lie close to our wallets -- and certainly will make a deep hole in the wallets of those who come after us.

Here in Britain, our government promises not just 65 billion dollars for the banking system, but even more for a whole range of government programs including the construction industry, schools, railroads, maybe even a couple of aircraft carriers. There are loads of things a government can buy when money is no object.

Some economists predict a record budget deficit here this year, and all over the world governments are playing the same game, but suddenly it does not seem to matter. Just spend, spend, spend. All that matters is avoiding a recession.

Curious isn't it, that just when communism has finally been swept away and consigned to the dustbin of history, the major governments of the world should engage on a massive programme of taking control of our banks and such a frantic burst of public borrow and spend? It all sounds rather like state control, but I guess that's the free market for you.
By Peter Allen By Peter Allen