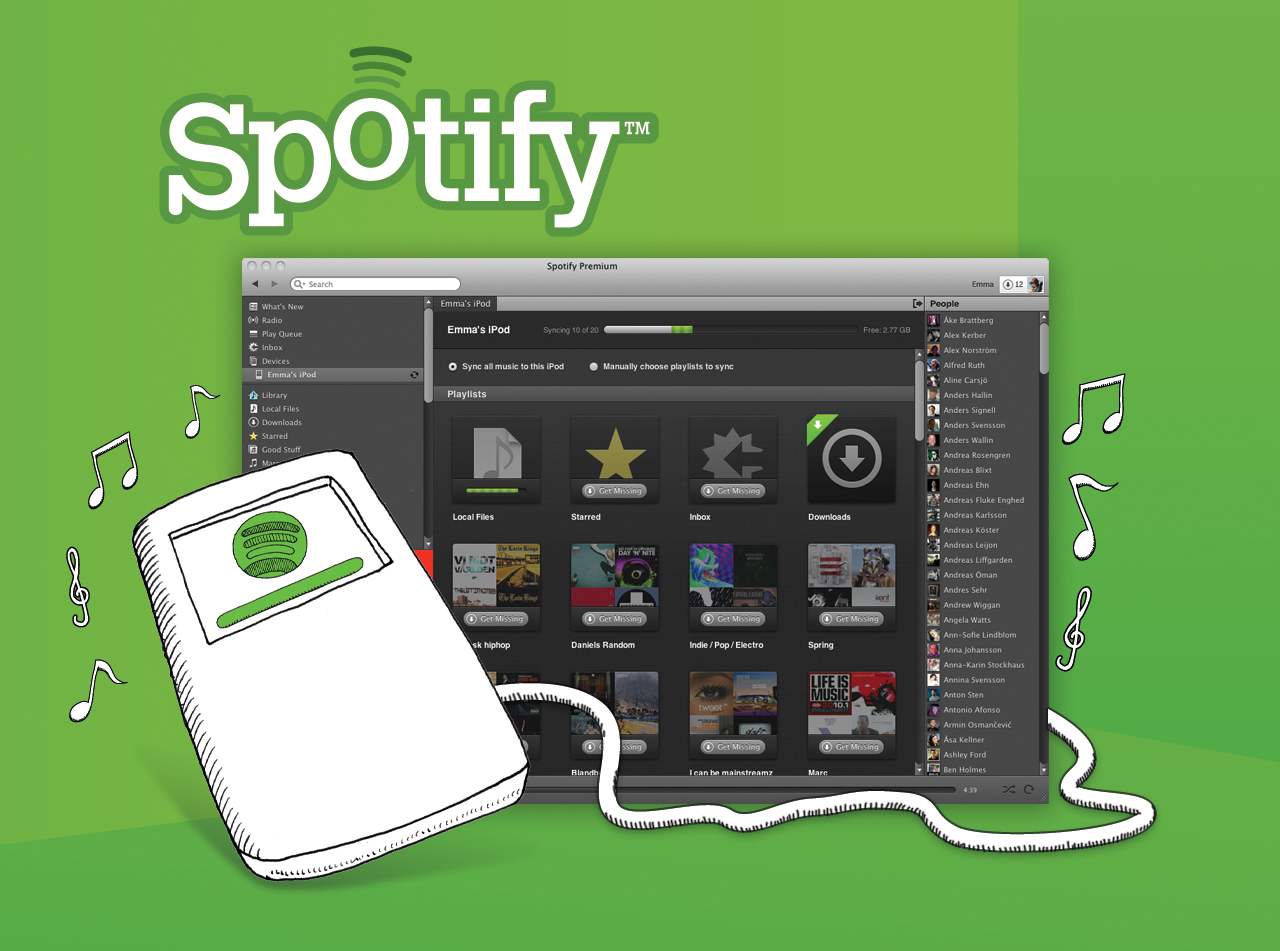 (CBS) - Today, Spotify, a British ad-supported online music-streaming service that allows users to search through a catalog of "millions" of songs, launched in the U.S. You can also use it to upload songs and share music with friends.

Its user interface is similar to its state side competitors: Grooveshark, Apple's iCloud and Google's Music Beta. Members can search for their favorite songs then drag and drop tracks into a playlist.

Spotify does have an edge over the competition, however. The service has struck a deal with all four major record labels in the country: Universal Music Group, Sony Music, EMI and Warner Music, ensuring the company's legitimacy. While Grooveshark has hundreds of indie labels on board, it hasn't secured UMG, Sony or Warner.

The company originally launched to European markets in 2008, and announced Wednesday that it would send invitations to U.S. consumers this morning. There is much speculation about a Spotify and Facebook partnership. The social network has been trying to incorporate music for years. Forbes reported the rumor in May 2011, but neither companies has confirmed such a deal.

The music-streaming service has accompanying apps for iOS, Android and Windows. Users in the U.S. currently need an invitation to join.