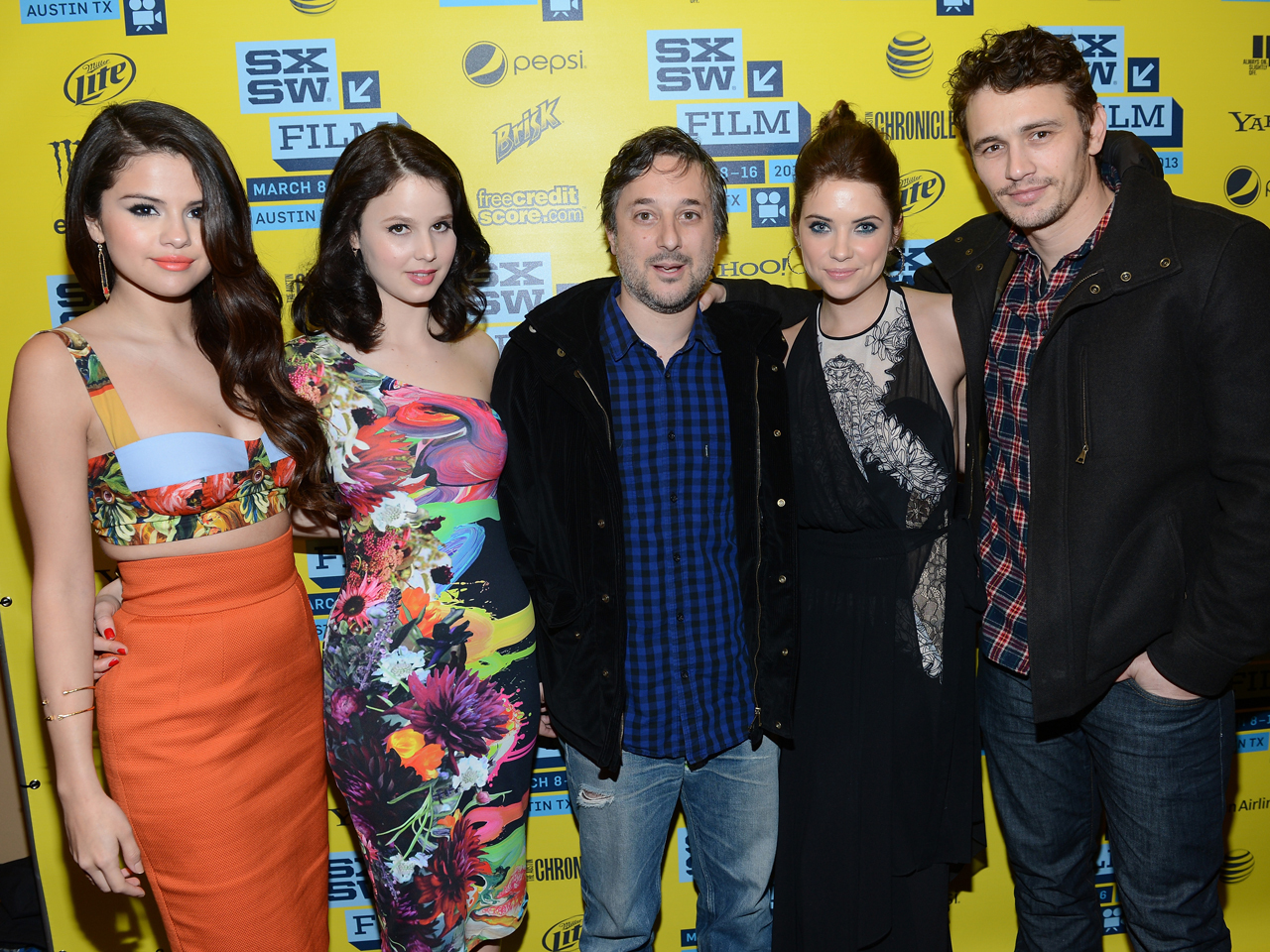 AUSTIN, Texas Iconoclastic director Harmony Korine unveiled what may be one of the most twisted spring break movies in recent memory with a screening heralded by a roving motorcade of scooter drivers in bikinis and ski masks and lasting into the wee hours Monday at the South by Southwest film festival.

"Spring Breakers," positioned as both a celebration and an indictment of the annual bacchanal, follows four bikini-clad college students through a series of improbable adventures. After financing their excursion to the Florida coast with a robbery, the young women descend farther into the criminal underworld than intended.

The movie has been highly anticipated thanks to a widely viewed online trailer showing former Disney starlets transformed into heavily armed, lightly clad mean girls bent on having a good time at all costs.

As the venue for a domestic premiere, the promoters chose South by Southwest, held in the college town of Austin.

Asked whether the whole affair should be read as satire, Korine said, "I more want you to have a physical experience."

"It does have its cake and eat it too," said James Franco, the wide-ranging actor best known as a villain in the Spider-Man series and starring as a cornrow-headed thug in "Spring Breakers."

When the lights went down, Korine's fever dream of gunplay, body shots and girls gone wild found a receptive audience.

In a Q-and-A session, an audience member asked Korine about the open-ended final scene.

"I end it there because I want you to dream on it," he said, adding, "Why do you want to be told everything all the time?"