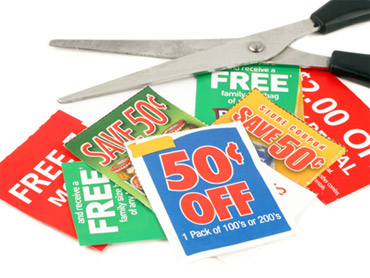 Ahhhh - Spring! The flowers are beginning to bloom, the sunshine is lasting longer and you can hear the sounds of merchants making room for the new season!

Acting as "The Early Show Saturday Edition"'s "Bargainista" this week, ConsumerSearch.com Editor in Chief Christine Frietchen spotlighted the best deals of the brand new season, whether they're online or in a store near you.

Simply put: This isn't just the time to scoop up bargains on grills and lawn gear!

New 2010 shoes are now in stores, so there are great deals on last year's versions.

In most cases, the differences are only color and styling.

Shop fast - the popular sizes will sell out quickly.

Kohl's has the best deals. You can get a 20-piece queen or king set for 1/2 price

Or try Bed, Bath and Beyond: We found a 10-piece bed set for $70 - includes the comforter, sheet set, bed skirt, shams and two pillows.

How much can I save? 50 percent or more compared to other brands

Target is known for affordable fashion - but the good stuff always sells out fast. Last year's trench coats were sold out by mid-April.

Continental will give you a free TomTom GPS with four-tire purchase, including the highly-regarded Continental ExtremeContact DWS all-season tire

Dunlop and Goodyear offering $50 to $80 rebates with a four-tire purchase.

BJ's and Sears: $70 off Michelin a set of four tires

ACT FAST: Most of these offers expire around April 18.

How much can I save?

For most states, instant or mail-in rebates of between $50 and $200 per qualifying appliance. Deals vary widely state-to-state. Be sure to seek the Enery Star label.

All state programs differ, but most start April 1 or shortly thereafter.

Money is expected to run out FAST, so decide now what you want to buy.

Check your state's Web site BEFORE you buy to make sure you qualify.