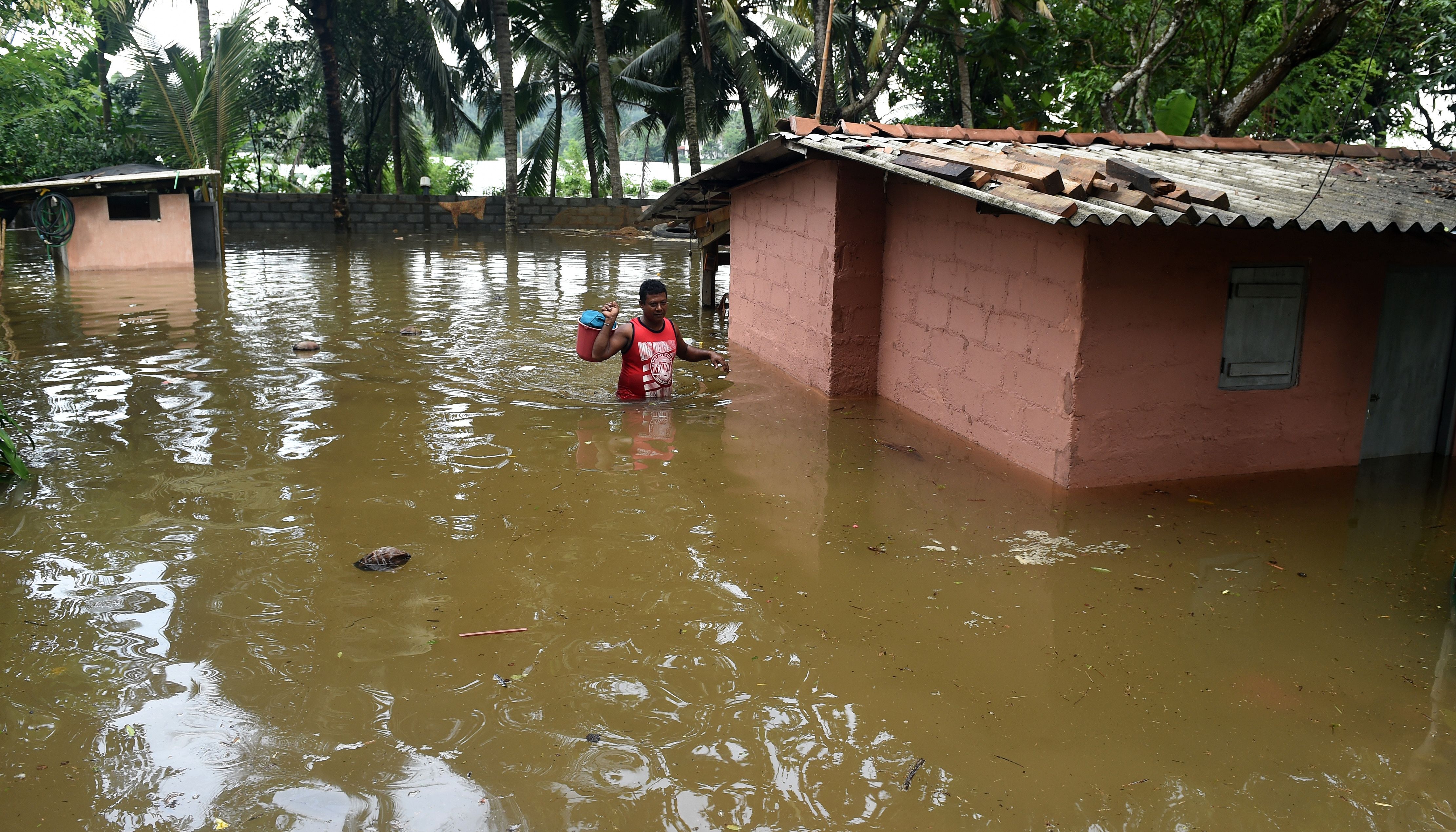 By evening, rescuers had pulled 17 bodies from the mud and debris unleashed by several days of heavy rain across the island nation. Officials said the extent of the tragedy was still unclear, but the Sri Lankan Red Cross said at least 220 families were unaccounted for.

"The task is to figure out what happened to them," the Red Cross said in a statement, noting that some people may have left after local officials warned earlier this week of possible landslides.

Heavy fog, rain, electrical outages and the loose ground were complicating efforts to search for survivors. As night fell, the rescue operation was suspended until dawn. Officials warned that, with rain still falling, more landslides could occur in the area.

Villagers said torrents of muddy water, tree branches and debris came crashing down around their homes Tuesday in the three villages, located at different heights on the same hill in Kegalle District, about 45 miles north of Colombo.

"I heard a huge sound like a plane crashing into the Earth," said 52-year-old A.G. Kamala, who had just returned to her house in one of the villages, Siripura, when the landslides hit. "I opened my door. I could not believe my eyes, as I saw something like a huge fireball rolling down the mountain."

Near the village of Elangapitiya - furthest down the hill - soldiers carried bodies to a school, where families waited for news of missing loved ones.

Farmer Hewapelige Lal said he had identified the body of his nephew, but that 18 other family members were possibly buried under the mud. He and his wife had left their home to take fruit to a daughter who lived elsewhere, but at some point his wife turned back.

"That was the last time I saw her," Lal said, sobbing. When he heard of the landslide, he rushed home but found the area covered with thick, heavy mud. "All I could do was scream."

Officials could not give the populations of the villages of Siripura, Elangapitiya or Pallebage, but such villages typically include 1,000-1,500 residents.

In Elangapitiya alone, where 14 bodies were recovered Wednesday, about 130 people were still missing, according to Maj. Gen. Sudantha Ranasinghe, who was coordinating rescue efforts.

Hundreds of stunned villagers took shelter in four temporary camps set up in schools and a Buddhist temple, where they were being given food, blankets and basic medical treatment.

At the Viyaneliya Temple, about 300 villagers shared a meal of brown bread and curried lentils. Local officials interviewed each one to learn about missing family members and possessions buried under the mud.

In Siripura, 70-year-old A.G. Alice said all nine of her children were unaccounted for.

"I don't know what happened to me" after the landslides swept down, she said.

A man said his wife, mother-in-law, son and daughter-in-law were all in his house in Siripura when the landslides hit. "I still can't locate my family," M.W. Dharmadasa said. "I still don't know what happened to them."

The same rains that unleashed the mudslides also caused severe flooding in cities including Colombo, the capital, where tens of thousands of homes were at least partially inundated. Schools were closed due to the bad weather.

Sri Lanka's disaster management center reported 11 deaths from lightning strikes and smaller landslides elsewhere in the country on Monday and Tuesday. Nearly 135,000 people have been displaced and are being housed in temporary shelters.

Mudslides are common during the monsoon season, with heavy deforestation to clear land for agriculture leaving the countryside exposed.

During heavy rains in December 2014, authorities evacuated more than 60,000 people from thousands of homes damaged or destroyed by floods or landslides. Two months before that, dozens of tea plantation workers were killed when mudslides buried their hillside homes.