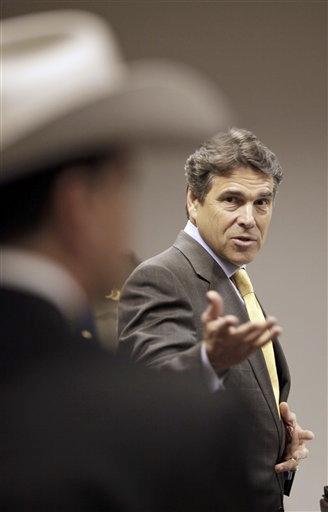 President Bush intends to prod Congress to consider raising Social Security benefits for low-income retirees while curtailing them for others as part of a plan to shore up the program's finances, Republican officials said Thursday in advance of Bush's prime time news conference.

Republican officials report that at tonight's news conference, Bush will endorse what's called "progressive indexing"' -- which means using income levels to determine how much to slow the rate of benefits increases.

CBS News will air the president's press conference live, and CBSNews.com will provide a live Webcast of the news conference scheduled to begin at 8:00 p.m. EDT Thursday.

Nearing the end of a 60-day campaign for Social Security overhaul, Mr. Bush had no plans to back down from his insistence that legislation include voluntary personal accounts for workers under 55, these officials added.

At the same time, they said his remarks prepared for the opening moments of the news conference dwelled on the need to make Social Security permanently solvent.

These officials spoke on condition of anonymity, citing the White House's desire for secrecy in advance of the president's remarks.

The White House said Mr. Bush would offer specific ideas about how to make
Social Security permanently sound — a step he has refused to take so far. Democrats demanded anew that Bush drop his prized proposal to create private investment accounts for younger workers.

Mr. Bush was also using the formal question-and-answer session with reporters — his first evening appearance in over a year — to talk about skyrocketing gas prices. The White House bumped up the time of the news conference, which takes place on the first night of network May "sweeps," when ratings are monitored, due to "complications of network programming."

The focus of the president's planned 10- to 12-minute opening statement is expected to be Social Security, White House press secretary Scott McClellan said.

While Mr. Bush opened his second term boasting he had political capital to spend, he's now on the defensive on a range of issues. His job approval has slumped since his second-term inauguration; a majority of people oppose his approach to Social Security and more than 60 percent of Americans disapprove of his handling of energy problems amid skyrocketing gasoline prices.

A prime-time audience for what amounts to a speech at the top of the session allows Mr. Bush to seek to move the focus of public attention away from the alleged ethical improprieties of a key White House ally in Congress, House Majority Tom DeLay, R-Texas, and the troubled nomination of Mr. Bush's choice to be the next U.N. ambassador, John Bolton. Both controversies have dominated talk in the nation's capital in recent weeks.

The reason for the timing of this press conference is that president's agenda is in trouble, reports CBS News Senior White House Correspondent Bill Plante. He'll make an attempt to make arguments for his plans for social security and energy to a wider audience.

Mr. Bush and top administration officials have been traveling around the country to pitch his proposal for overhauling Social Security, in part by allowing the creation of private investment accounts for younger workers. A 60-day nationwide blitz aimed at building support for that idea is ending on Sunday with some signs that public support has dropped. Democrats in Congress remain nearly unanimous in their opposition to that proposal and have said they won't begin negotiating a broad restructuring of the program with Bush until he drops the idea of private accounts.

Plante reports that while polls show Americans do believe there is a long-term problem with the financing of Social Security, they are not enthusiastic about the president's signature idea to encourage reform, personal accounts.

Nevertheless, McClellan said that now that there has been "stepped-up legislative activity" on Social Security in the Senate and extensive consultations with lawmakers by Mr. Bush, the White House is ready to enter a new phase of the debate.

As a result, Mr. Bush was to "talk in more specific ways about his ideas for making Social Security permanently sound," McClellan said. Up to now, the president has only been willing to mention ideas that others have proposed to bridge the coming gap between Social Security revenues and obligations without giving any hint as to which ones — if any — he supports.

"There will be some new proposals that he will talk about that he believes ought to be part of any solution," McClellan said.

The spokesman would not say whether the ideas Mr. Bush intended to discuss include raising the retirement age or increasing the amount of income subject to the Social Security payroll tax, some of the ideas that have been floated. The only method the president has flatly rejected is increasing the payroll tax rate.

"What I'm hoping" is that he will say "Uncle" about his privatization plan, she said. The White House shot back that Democrats are behaving as the do-nothing party with no ideas to offer.

On energy, McClellan said the president would push Congress to pass his long-stalled energy plan. Soaring oil and gasoline prices are beginning to take a toll on U.S. economic growth and on Mr. Bush's approval ratings.

The Commerce Department reported Thursday that the economy grew at an annual rate of just 3.1 percent in the first three months of this year, the slowest pace of expansion in two years.

As his second term begins, the president is going through what one Washington veteran calls "a bad patch." And what he wants to do is get the public to demand that Congress take action, Plante added.

Mr. Bush held his last news conference on March 16. White House advisers are trying to have him hold the sessions on a monthly basis, far more frequently than in his first term. He has held one per month for six months.

The Bush administration put TV networks in a bind Thursday by scheduling a news conference during the first night of the May "sweeps," when ratings are closely watched to set local advertising rates.

At first, CBS and Fox responded by sticking with their popular Thursday lineups, while NBC and ABC decided to cover the president live at 8 p.m EDT.

Later, CBS changed course and decided to put the conference on at 8 p.m., pushing back its popular "Survivor" show to 9 p.m.