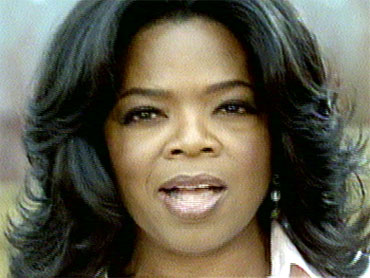 The House has voted to have oil drilling in an Alaskan wildlife refuge be included as part of a broad energy bill that critics say will funnel billions of dollars to highly profitable energy companies while doing little to ease gasoline prices or promote energy conservation.

The bill's sponsors contend that oil from Alaska's Arctic National Wildlife Refuge, as much as a million barrels a day, would reduce the country's growing dependence on oil imports. Opponents argue the oil wouldn't be available for a decade, wouldn't be a large enough supply to significantly affect oil prices or imports, but would be a major disruption to the environment.

An amendment to strip the Alaska refuge oil drilling provision from the energy bill failed Wednesday night in a 231-200 vote.

A final vote on the energy legislation is expected by the House on Thursday.

Senate Democrats have pledged to filibuster any energy bill that would open the refuge to oil companies.

The bill calls for $8.1 billion in tax breaks over 10 years, most of it going to promote coal, nuclear, oil and natural gas energy industries.

In addition to the tax breaks, according to the paper, the current legislation has other benefits for energy companies, including many of the GOP's biggest donors.

Development of the Alaska refuge has been a contentious issue for nearly a decade. Environmentalists fear a spider web of drilling platforms and pipelines would harm the area's polar bears, caribou, migrating birds and other wildlife.

"This is an anti-environment, anti-consumer, anti-taxpayer bill," said Rep. Henry A. Waxman (D-Calif.), in an interview with the Post. "This bill lavishes taxpayer subsidies on big energy companies while weakening our environmental laws."

Rep. Ed Markey, a Massachusetts Democrat who offered the ANWR amendment, noted that the energy bill to be voted on Thursday does nothing to improve the fuel economy of automobiles, which he said use 70 percent of the country's oil, and that it was wrong "to then turn to the wilderness areas and say we need energy."

An attempt to require automakers to increase fuel economy to a fleet average of 33 miles per gallon over the next decade was defeated 254-177.

Rep. Sherwood Boehlert, a New York Republican who co-sponsored the auto fuel economy proposal, said it would have reduced oil use by 2 million barrels a day - more than could be taken from ANWR - by 2020. He described as "a bunch of nonsense" claims by opponents that the increased fuel economy would cost the auto industry jobs, force consumers to buy smaller cars and reduce automobile safety.

Rep. Richard Pombo, a California Republican, acknowledged that ANWR was "a very unique place" that deserves protection but argued that its oil can be developed using modern drilling techniques without harming the environment and wildlife.

"We don't have to choose between providing the energy resources ... and protecting our environment," he said.

President Bush Wednesday urged Congress to give him an energy bill by summer, including a go-ahead for oil exploration in the Alaska refuge. He said the oil can be recovered "with almost no impact on land and local wildlife" and ANWR's production would amount to nearly half the oil the U.S. now gets from Venezuela.

Speaking to the Hispanic Chamber of Commerce, President Bush said swift action on energy by Congress - where a succession of energy bills have languished for four years - would "send an important signal" that the country "is serious about solving America's energy problems."

Mr. Bush said he wished he "could wave a magic wand and lower gas prices tomorrow" but said the nation's energy problems took years to develop and are "not going to be solved overnight."

House Democratic leader Nancy Pelosi of California accused President Bush of trying to exploit people's anxiety over high gas prices to gain support for a bill that she said "was written by energy lobbyists for the benefit of the energy industry." She said it would neither lower energy prices nor curtail America's growing reliance on oil imports.

Rep. Joe Barton, a Texas Republican and the legislation's floor leader, called the bill balanced and said if it becomes law it will provide for a more diversified array of domestic energy sources from coal, oil and gas to nuclear and renewable such energy from biomass, ethanol and wind.

"Midterm and long term, if the bill becomes law, we'll see prices stabilized," Barton said at a news conference with Majority Leader Tom DeLay, also of Texas, who accused Democrats of being "obstructionists."

"There are those that do not want a solution, they just want the bill to fail," DeLay said.

The House bill also would make it easier to build liquefied natural gas import terminals, even if states or local communities oppose the project, and require refiners to use more corn-based ethanol in gasoline.

It also would extend daylight-saving time by two months to reduce energy use and protect makers of the gasoline additive MTBE from product liability lawsuits alleging that the chemical has contaminated drinking water.

The bill gives MTBE makers "safe harbor" and will leave communities and water districts with billions of dollars in cleanup costs, said Rep. Lois Capps, a California Democrat. It also provides $2 billion to help MTBE makers, including major oil companies and refiners, to shift away from MTBE production as the additive is phased out.