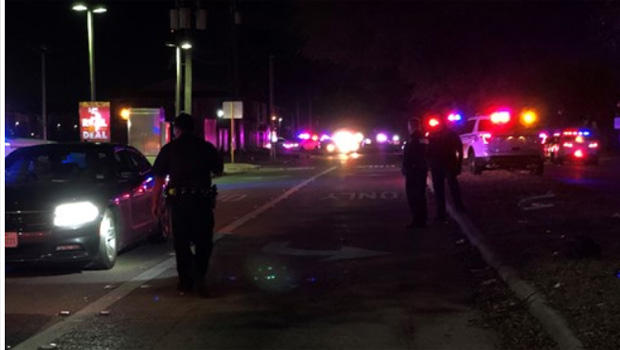 HARRIS COUNTY, Texas - A man barricaded himself and his wife in a home Wednesday night after shooting a sheriff's deputy and another man despite being handcuffed, CBS Houston affiliate KHOU-TV reports. The suspect was later found dead inside the home, authorities said.

The Harris County Sheriff's Office says deputies responding to a disturbance call encountered the suspect and handcuffed him.

Deputies say the suspect, while handcuffed, somehow pulled a handgun from his waistband and started firing. One deputy was hit in the lower forearm and was taken to a hospital.

Authorities say a shot went through another deputy's pant leg, but didn't hit him.

The suspect, authorities say, then shot another man in the home multiple times. He was airlifted to a hospital. He was reported iln critical but stable condition.

The suspect remained barricaded in the home. At one point, authorities say, his wife was rescued and was OK.

The sheriff's office's hostage negotiation and SWAT teams were attempting to get the handcuffed suspect to leave the home and surrender.

Authorities said the suspect apparently died from a gunshot wound or wounds but it wasn't clear whether they were self-inflicted or from shots fired by deputies earlier in the incident.