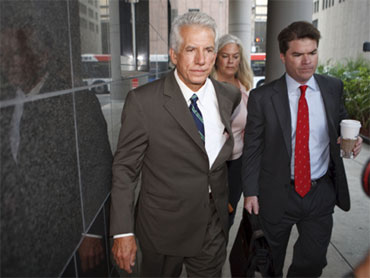 CBS News has learned that James M. Davis, 60, the former chief financial officer of the embroiled Stanford Financial Group, pleaded guilty today to fraud and obstruction charges. The Houston-based company has been accused of perpetuating a $7 billion Ponzi scheme.

Meanwhile, the company's chairman, R. Allen Stanford, was taken to a hospital this morning. Stanford was set to appear in a Houston federal courtroom Thursday for a hearing on whether he can get a new attorney.

But his current attorney, Dick DeGuerin, said that at about 5:30 a.m. Thursday, Stanford was taken from the privately run prison where he is being held in the Houston area to a hospital in nearby Conroe with a high pulse rate.

DeGuerin said he did not have any other information about Stanford's condition. The hearing was still set to be held Thursday.