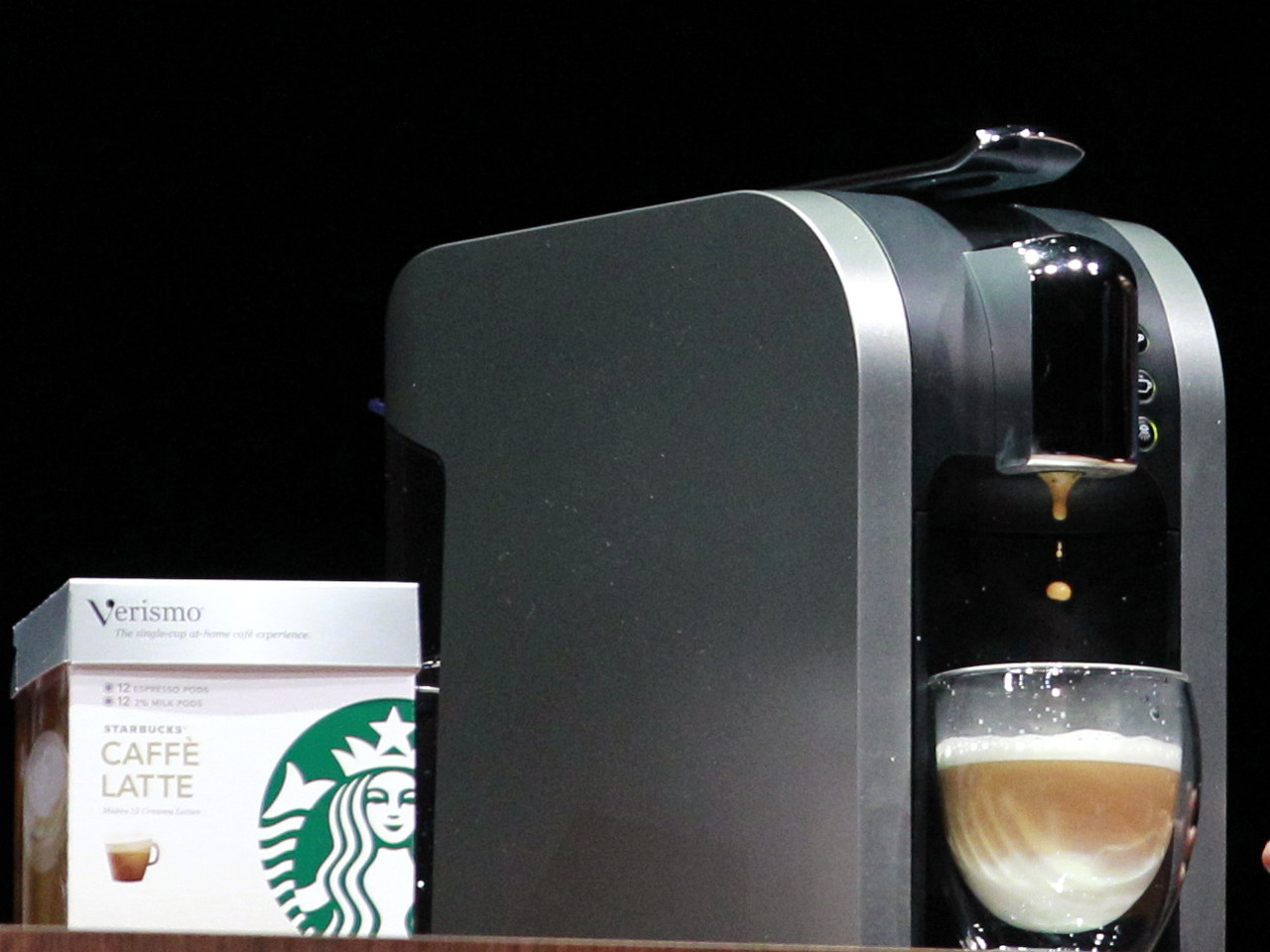 (CBS/AP) NEW YORK - Starbucks Corp. (SBUX) is about to turn up the heat on the single-serve coffee market, and someone might get burned.

The Seattle-based company says it will start selling its new single-serve brewer online this week for $199. It plans to start selling the machine in its ubiquitous cafes next month.

Starbucks first entered the single-serve market with its Via Ready Brew instant coffee in 2009.

The arrival of the Verismo, which was announced earlier this year, comes amid intensifying competition in the rapidly growing market for single-serve brewers and the coffee pods they use.

The market was pioneered by Green Mountain Coffee Roasters Inc., which enjoyed soaring sales after its acquisition of the Keurig brand machine in 2006. But this month, the company's patent on its K-cup technology expired, which prompted supermarkets to roll out store-brand versions of coffee pods that can be used in Keurig machines.

Starbucks' decision to sell its own brewer comes just about a year after it struck a deal with Green Mountain to make coffee pods for Keurig machines.

In an interview with The Associated Press, Starbucks' CEO Howard Schultz said that the relationship with Green Mountain will continue and that Starbucks will still sell its pods for Keurig machines in cafes. He said, "The Keurig machine is a fantastic choice" for customers who want only brewed coffee.

The Verismo, however, uses a high-pressure system that can make lattes and other espresso-based drinks, as well as brewed coffee.

Essentially, Starbucks has said its machine targets a different type of customer.

Investors aren't so certain. When Starbucks first announced its plans to roll out the Verismo in March, shares of Green Mountain plunged. Green Mountain's stock has lost 51 percent of its value since then. Starbucks' stock is little changed in the same period.

Green Mountain, which is based in Waterbury, Vt., has also been targeted by a Securities and Exchange Commission inquiry into its accounting methods. Last month, Green Mountain noted that its growth is slowing but that it still expects sales to increase by 15 to 20 percent next year.

"It's rare that you identify a category as large as this that's growing," Schultz said.

Schultz has said in the past that Starbucks' packaged-goods business could one day rival its cafe business. A key component of that will be increasing the company's single-serve coffee sales in the United States.

By next week, the Verismo will be available in specialty stores such as Williams-Sonoma and Bed, Bath & Beyond. Specialty stores also sell other brewers, including the Tassimo by Kraft Foods Inc., which costs between $100 and $170. Starbucks had previously provided coffee discs for Tassimo, but has since ended that agreement.

Starbucks says it plans to tout its brewer with a multimillion-dollar marketing campaign. Schulz noted that customers will be able to buy both the machines and pods at its cafes.

"We're going to make it very, very easy for our customers," he said.

As for the name, "Verismo" is a word derived from a form of Italian opera. As The Wall Street Journal noted earlier this year, someone usually dies at the end.