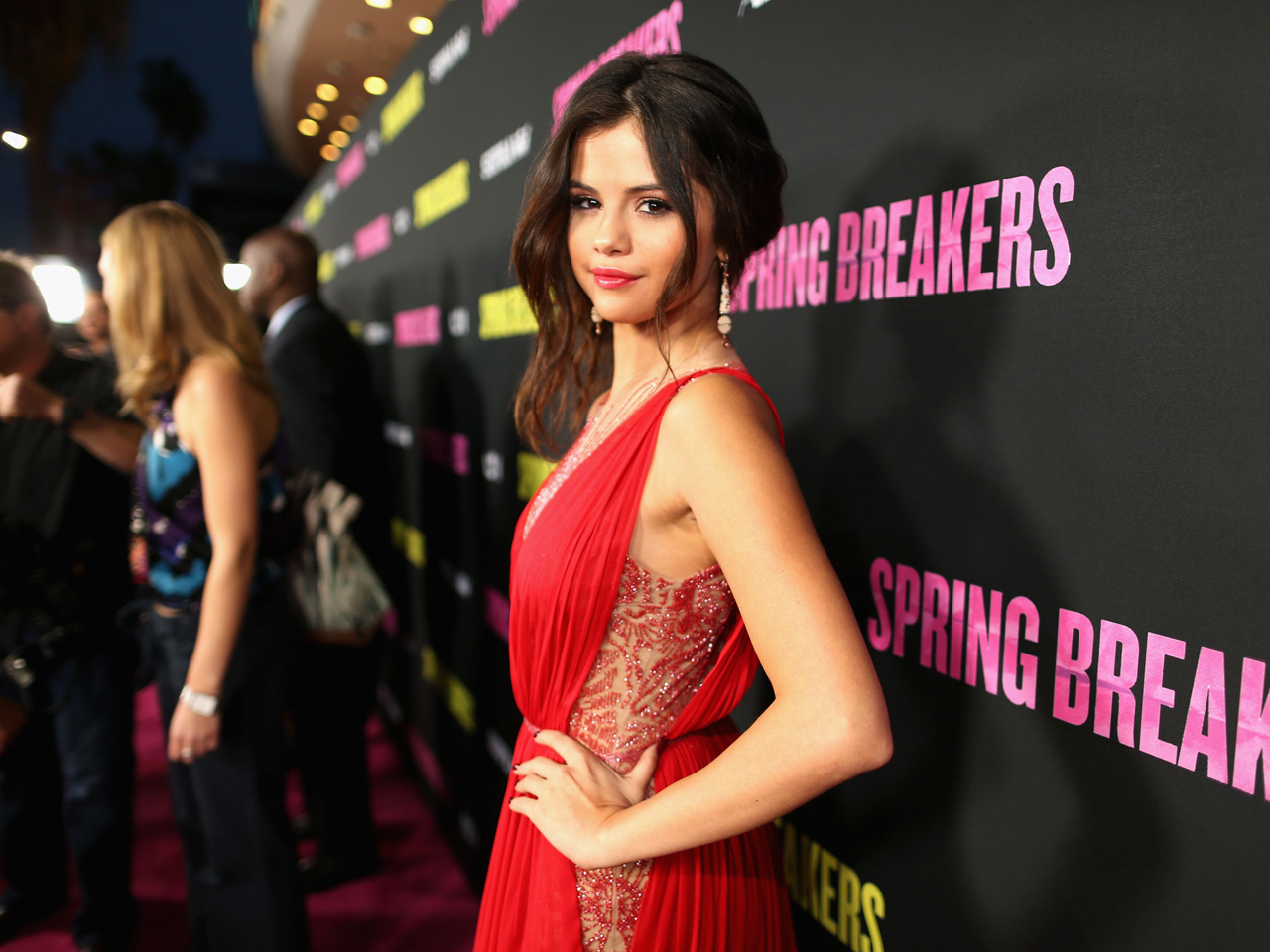 Selena Gomez was radiant in red at the Los Angeles premiere of "Spring Breakers" on Thursday.

The actress donned a Reem Acra sleeveless dress with sheer beaded illusion panels at the neckline, sides and back.

"Spring Breakers" stars Gomez, Hudgens, Benson and Korine as four college-aged friends who use a robbery to fund their spring break vacation. The girls are later bailed out of jail by a cornrow-headed thug named Alien (played by Franco), who brings the girls further into the criminal underworld.