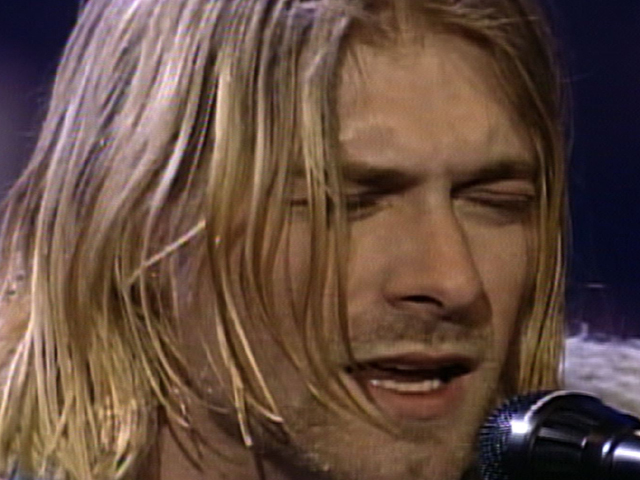 On Saturday, it will be 20 years since a relatively unknown band from Washington State released an album that changed the course of rock ‘n’ roll.

Nirvana’s landmark recording “Nevermind” challenged the conventions of mainstream music, selling more than 30 million copies in the process. It also propelled the Seattle sound, a raw and honest style of music called grunge, onto the world stage, and provided a confused generation with an unlikely anthem.

Elizabeth Keenan, ethnomusicology professor at Columbia University, said of the time when Nevermind was released, “It was one of those really interesting political times. There were the years of Reagan growth, but then in ‘87 there’s the stock market crash, and then in 1990, there’s Operation Desert Storm. There’s this mood of real anxiety -- especially for young people. In places like Seattle, this was really characteristic of the mood of the music scene.”

Susan Silver, former manager of Soundgarden and manager of Alice in Chains, said the groups “had to play music.”

Sean Kinney, drummer for Alice in Chains, said, “You always have this dream of being a rock guy, but it didn’t seem real, because you don’t live in a town where you see people that happening to too much, you know?”

Butch Vig, who produced Nevermind, said the first time he met Nirvana, they were literally, grungy.

“They opened the door and they walked in the studio and I don’t think they had taken a bath for three days,” he recalled. “They were pretty fried up, kind of crusty.”

Vig said, “At the time, we had no expectations. We were just making a punk rock record, and having the time of our lives.”

Nirvana’s manager, Danny Goldberg, said, “I knew it was great, but I didn’t know it was gonna be that big.”

When Nevermind came out September 24, 1991, Mark Yarm, author of “Everybody Loves Our Town: An Oral History of Grunge,” said it marked a pivotal point in music.

The album went on to sell millions of copies, dethroning Michael Jackson for the No. 1 spot on the Billboard chart.

Yarm said, “That was seen as extremely symbolic, because Michael Jackson was the king of pop, he was the old guard, and here comes Nirvana.”

Silver said, “I was on the tour bus with Soundgarden when we got the news, and I think the walls shook on the bus. It was a -- that was a moment in history. ‘Really? Really? That can happen with this music?’ No one expected it or, you know, competed for it. It was, you know, it was resonating with people.”

Vig added, “It was sort of like Beatlemania, the hysteria, and I’d never really seen anything like that before.”

Sasha Frere-Jones, a music critic for The New Yorker, said, “Kurt singing is maybe the thing that made them -- that’s why the unplugged record is the most sort of chill-inducing. He does that thing that only a few people have done. Lennon could do it, it sounds like two noises -- you hear the note and you hear a distorted version of the note at the same time ... and Kurt could probably do it better than anyone. Ever.”

Yarm said, “All of a sudden, the word ‘grunge,’ you know, your mom and your grandmother knew what grunge was, as a musical form. It was like anyone who was from Seattle and under 30...all these disparate bands Alice in Chains and Soundgarden, Pearl Jam.”

Kinney, of Alice in Chains, said, “A couple years later, when it blew up for Nirvana and Pearl Jam, I wasn’t envious of those guys at all. None of us were on the cover of Time magazine being called a spokesperson of a generation -- that’s -- nobody asked for that.”

But drug addiction and the pressures of fame proved to be the undoing of many of the grunge stars.

Andrew Wood of Mother Love Bone died in 1990. Layne Staley of Alice in Chains died in 2002. And Kurt Cobain committed suicide, shooting himself in the head, in 1994.

Yarm said, “Everyone who was alive then pretty much remembers that day.”

Goldberg, Nirvana manager, said, “I can never hear Kurt’s voice without thinking about his suicide and and what a tragedy it was. So it’s sometimes kind of hard for me to listen to, even though I still recognize the brilliance of it.”

He continued, “It’s why we’re talking about this record 20 years later, it did not happen by accident. I think that Kurt Cobain and Nirvana are on that very short list of artists whose work transcends their time.”