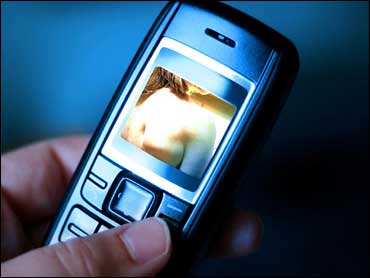 It's the way teens talk today - via text message from cell phone to cell phone. Add a naked picture of themselves, and it's considered "sexting" and, in some cases, a serious crime in the eyes of the law.

So serious that convicted "sexters" are, in many places, put on sex offender registries and that, reports CBS News Correspondent Kelly Cobiella, means a label for life that many consider too harsh.

"You land on a registry," observes former prosecutor Wendy Murphy, "and you are forever known as a dangerous sex offender, which is not only stigmatizing for life, it's unfair, because it's just not true."

This week, lawmakers in Florida joined 14 other states in considering lessening the penalty for sexting and separating it from child pornography, in a move designed to help the law keep up with changing technology.

The Florida bill creates the offense of sexting. Minors who are first-time offenders would get eight hours community service and a $25 fine. A second offense would be a misdemeanor with possible jail time.

Cobiella notes that the Sunshine State measure was inspired by the case of Orlando teen Philip Albert who, as an 18 year old in 2007, sent naked pictures of his 16 year old girlfriend to her friends and family after the two had an argument.

Eventually, he pled guilty to distributing child pornography and was sentenced to five years probation - and ordered to register as a sex offender.

"I`m on this list," he told CBS News, "the sex offender list, so everyone in my neighborhood or anyone near me can look me up on the Internet."

That, for Alpert, amounts to a lifetime sentence. "The guilt that I felt after I realized I did it was punishment enough," he says.

On "The Early Show" Wednesday, CBS News legal analyst Jack Ford discussed the trend on the treatment of sexting, with co-anchor Maggie Rodriguez: