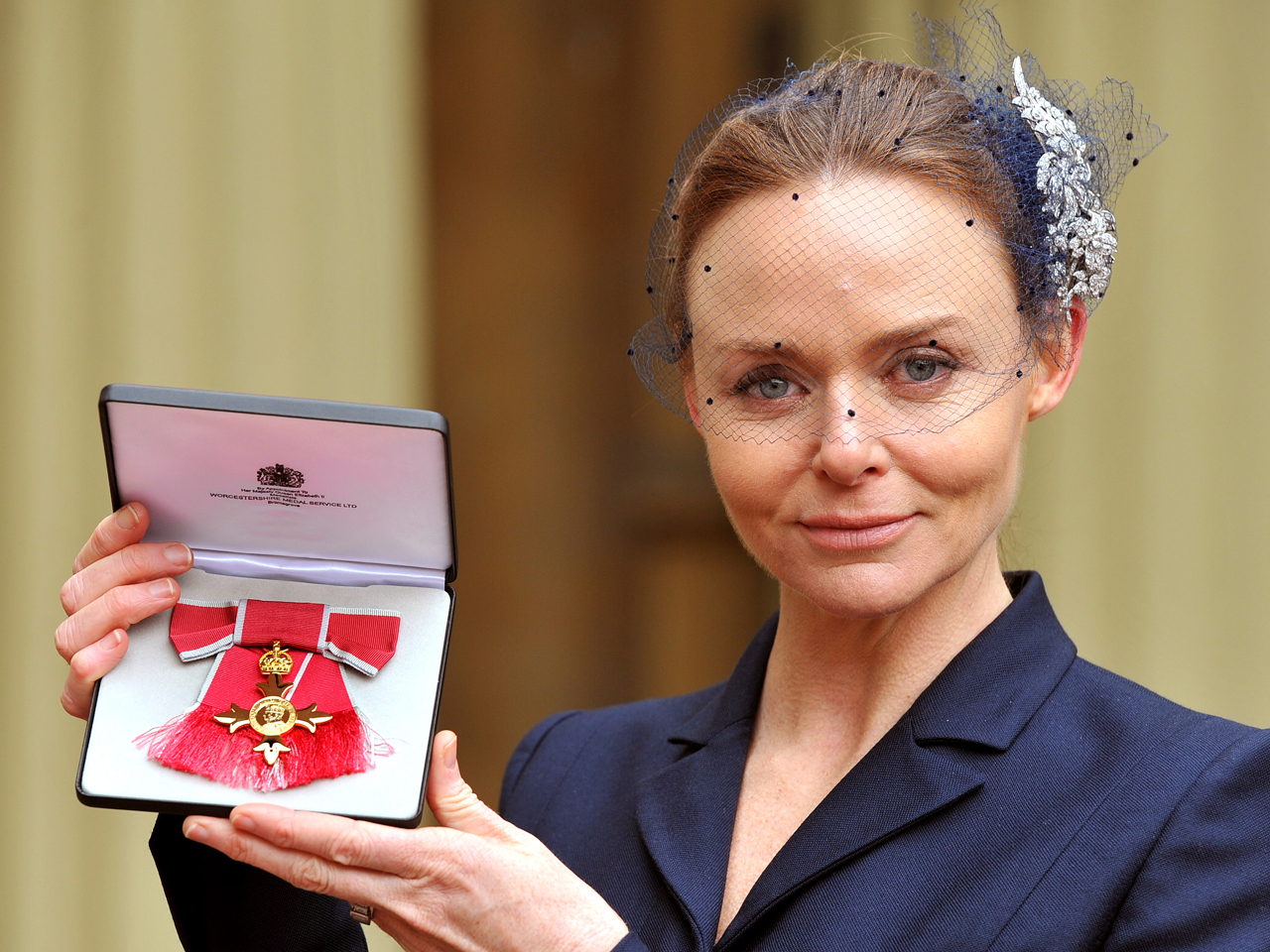 Stella McCartney picked up a prestigious honor on Tuesday, when she was honored by Queen Elizabeth II at Buckingham Palace in London.

The queen bestowed the designer (and daughter of former Beatle Paul McCartney) with an Order of the British Empire for her services to fashion.

"To receive an Order of the British Empire from the queen is overwhelming. I feel proud, and blessed to be here," she told WWD. "This is the kind of moment in one's life that feels surreal. I am so grateful for this honor."

Accompanied by her husband, Alasdhair Willis, McCartney attended the ceremony wearing a bespoke navy suit of her own design and a headpiece made from Cartier jewels, WWD reports.

Last year, she teamed up with Adidas to design the uniforms worn by Britain's Olympic team at the London 2012 games. She said she came up with an "untraditionally British" design that incorporated the country's Union Jack flag.