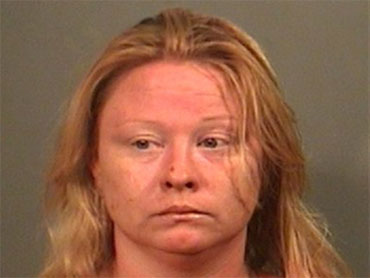 (CBS/AP) TERRE HAUTE, Ind. - A western Indiana woman who acknowledged that she stabbed a couple while trying to kidnap their month-old son has been sentenced to 28 years in prison.

A Vigo County judge sentenced Stephanie Foster, 36, to a term of 30 years on Friday, with two years suspended.

In imposing the sentence, Judge Michael Lewis cited the fact that Foster planned the attempted baby snatching, as well as the physical and emotional harm that the targeted couple suffered.

"I remember when my first child was born. It was the best time in my life. You took that away from these people," Lewis said.

Defense attorney Michael Wright told the judge last year that he had planned to offer an insanity defense for Foster, who prosecutors said faked pregnancy while plotting to steal a baby following a 2009 miscarriage.

But on Friday, Wright asked for leniency, because two doctors had found indications that Foster was mentally ill at the time of the attack. He also noted that Foster had no previous felony convictions and had a clean record while in jail.

"It's clear to me that she's a much better person than the person that committed this terrible crime," Wright said.

Foster targeted Ashley and Michael Speer after spotting a newspaper birth announcement of their son, police said. Ashley Speer let Foster into the family's home after Foster asked to use the phone while the baby was sleeping in the living room and Michael Speer, who worked nights, was asleep in a bedroom.

Foster allegedly dialed a random number, then hung up and left briefly before returning with what police described as a pellet gun from her car.

Investigators said Foster pulled out a knife and began stabbing Ashley Speer as the new mother pleaded for Foster not to hurt her or the baby. Michael Speer heard the attack and was stabbed while subduing Foster, police said.

Ashley Speer was hospitalized with stab wounds to her arms and back, while Michael Speer was treated for cuts to his arms and stomach. The child wasn't injured.

Foster read a brief statement in court Friday, but did not look at the Speers.

"I wish to God that I could take it back and do something different," she said. "I'm sorry. I don't know what else to say."

The Terre Haute resident pleaded guilty May 14 to a felony charge of armed robbery resulting in serious bodily injury in the June 2010 attack. In return, prosecutors agreed to drop charges of attempted murder and aggravated battery.

She has been in custody since she was arrested at the couple's Prairie Creek home.

The prosecutor's office said Foster will be returned to jail and then be transferred to Department of Correction, where she will be assigned to a prison.