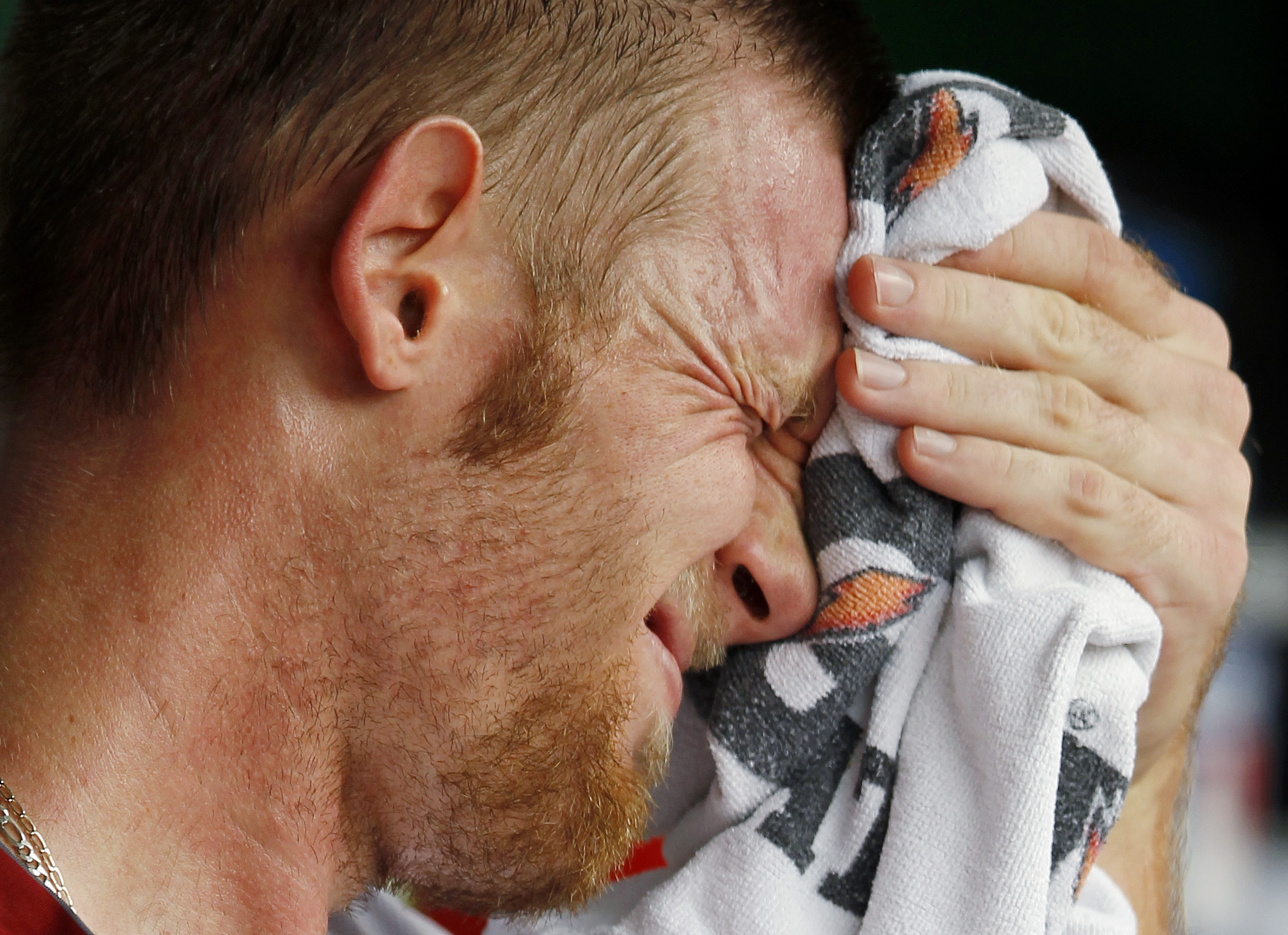 (CBS News) Washington Nationals pitcher Stephen Strasburg is known for bringing the heat and he did it again Tuesday in D.C. But it wasn't a 100 mph fastball - it was a penetrating cream that apparently "got to the wrong place."

The ace pitcher was roughed up by the light-hitting San Diego Padres and according to manager Davey Johnson, Strasburg wasn't feeling too great on the mound. That's because some his Hot Stuff ointment — a cream used by athletes to loosen up — accidentally ended up on the wrong part of the body.

"It was on his shoulder and evidently — I don't know how it got to where it got, but it was uncomfortable, to say the least," Johnson laughed.

Strasburg wasn't laughing. "I'm going to keep that in the clubhouse," he said when asked about the ointment mishap.

As the Washington Post's Adam Kilgore notes, it's possible the rain caused the Hot Stuff to trickle down to a part of the body where the ointment is not intended.

Whether it was an uncomfortable salve in an unwanted spot or just a bad outing, Strasburg labored through one of his worst outings as a big leaguer. The Padres knocked Strasburg out after only four innings, matching the second-shortest appearance of his 25-start career. The Nationals lost 6-1.

For the record, Hot Stuff Ointment's Web page says the product is "not recommended for use on sensitive skin."