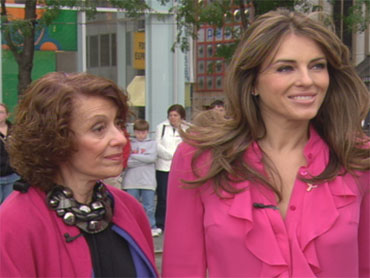 Want stocks to climb in 2003 for the first time in four years? Then you need to shout three little words this Super Bowl Sunday: "Go, Bucs, Go!"

So says Robert Stovall, a global strategist at Clemente Asset Management and father of the "Super Bowl Predictor."

Under Stovall's theory, when a team from the National Football Conference (or a team with roots in the old NFL) wins the Super Bowl, stocks will move higher that year. It's happened 29 times during the 36-year history of the big game.

"This year, anyone who wants prices to go up will be rooting for the Tampa Bay Buccaneers," Stovall said in an interview from his winter home in Sarasota, Fla. "They are an expansion team. But they have always been in the National Football League. That is the team that the bulls (are) riding on."

Back in 1979, Stovall first spotted a link between the Super Bowl outcome and the performance of the Dow Jones Industrial Average, the S&P 500, and the NYSE Composite Index. When the NFC team wins, he noticed, at least two of the three benchmarks advanced that year.

Since then, Stovall's forecasting has enjoyed uncanny success.

"The Super Bowl Predictor has been correct 82 percent of the time, which I think is a pretty nifty record," he said. "I don't know any gaggle of gurus or university faculty or stock market predictor who can match that."

From 1991 until 1997, Stovall's unusual forecasting gauge scored big. But his theory has since suffered. Over the last five years, the Super Bowl Predictor has missed the mark four times.

Stovall's theory returned to its winning ways last year. "In the past, when the AFC team wins, the market usually goes down," he said. "That included last year. The New England Patriots won the game and the market sure went down."

As for critics who claim his theory is out the window this year because Tampa Bay joined the NFL in the mid-1970s, Stovall is quick to dismiss them.

"You might have some people babbling from the sidelines to that effect," Stovall says. "Oh, there will be people who say this does not have the purity it once had. But, after all, this is game number 37. This is the only Super Bowl confrontation we have. And since I've been keeping the Holy Grail here since the late 1970s I guess I can make some judgmental calls on whether it's pure or not."
By John Wordock