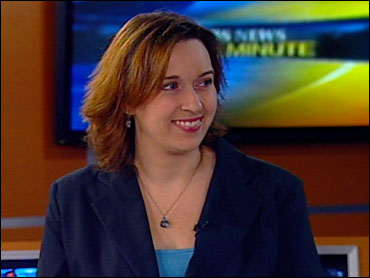 Americans are panicked about the economy, making it a key issue in the 2008 presidential campaign. Kelli Grant, Senior Consumer Reporter for SmartMoney.com, has some tips for surviving the stock market downturn.

Grant's first tip is simple: don't panic. Don't go on a stock selling spree in an effort to stave off losses. "If you sell, then you're turning those paper losses into real losses," says Grant. This means you'll have less invested in the stock market once it begins to climb again. How long will that take? Experts aren't quite sure, but history has shown that there is a period of robust growth after times of economic crisis.

That means it's best to keep investing, even if it presently feels like a losing proposition. While stocks may be falling, that's actually good news for buyers. "You're buying shares very cheaply," says Grant. "That's going to mean it's much easier to recover when the market bounces back."

In the mean time, have an emergency fund in a liquid account like an FDIC insured CD or money market savings account. Grant suggests beefing up these savings in times of crisis. You never know how low the market will go, so keeping 3-6 months of living expenses at hand can help ease financial stresses. If some financial crisis does arise, at least you'll know you can handle it without dipping into your retirement account or relying solely on credit cards.

Also, take a look at your retirement fund. If you have more than five years until retirement, now is a great time to convert an IRA to a Roth IRA. During this process, you usually pay income tax on every dollar that's converted. "In this case, you've got fewer dollars rolling over, so it means less of a tax hit," says Grant. She also adds, though, that if you convert to a Roth IRA and see that you're still losing a substantial amount of money, it's not too hard to convert the money back over to a regular IRA.

Finally, resolve to tackle your high-interest debt. Speak with your credit issuer about lowering your interest rates. "Most of them are still willing to do this because they'd rather you stick with them than go to another competitor's promotional rates that are still out there," says Grant. Put as much toward your debt as you can and do your best to pay things down.

For more information on riding out the economic crisis, as well as additional personal financial advice, click here to visit www.SmartMoney.com.