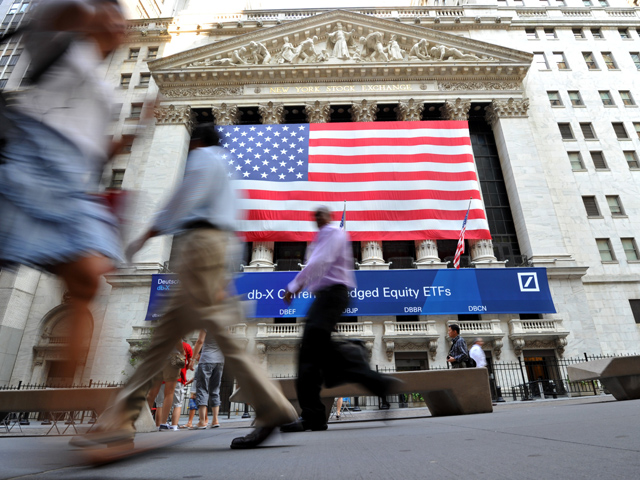 (AP) NEW YORK - Stocks climbed Thursday on Wall Street, perhaps headed for their first gain of the week, after unemployment claims in the United States fell to their lowest level in two months.

Energy stocks and banks gained the most in early trading. Utility stocks, which tend to do well when investors are fearful, were the only industry group in the S&P to fall.

The S&P has fallen five trading days in a row, its longest losing streak since July.Applications for jobless aid fall to 2-month lowHow stocks and bonds respond to market volatility
Investors give edge to Obama

The market gains started earlier, in Asia, helped by expectations that the People's Bank of China will soon take more steps to ease a slowdown in the world's No. 2 economy.

The economy grew at an annual rate of 1.3 percent from April through June, the government said, slower than the previous estimate of 1.7 percent and not nearly fast enough to reduce unemployment.

Demand for long-lasting manufactured goods plunged in August by the most since January 2009. That was mostly because of a huge drop in commercial aircraft orders, which are volatile. Orders that reflect business investment rose solidly.

The number of Americans seeking unemployment benefits fell 26,000 last week to 359,000, the lowest figure in nine weeks. A figure consistently below 375,000 is generally enough to lower the unemployment rate.

In Europe, stocks came back from one of their worst days in months. The benchmark stock index climbed 0.8 percent in France, 0.3 percent in Germany and Britain and 0.2 percent in Spain.

In the U.S., demand for government bonds fell, generally an indication that investors are more willing to embrace risk. The yield on the 10-year note, which moves opposite the price, rose 0.03 percentage point to 1.64 percent.

The price of crude oil rose $1.12 per barrel to $91.09 as concerns mounted about a potential military confrontation over Iran's nuclear program. Oil had dropped $9 a barrel in two weeks.

The dollar was flat against most major currencies.