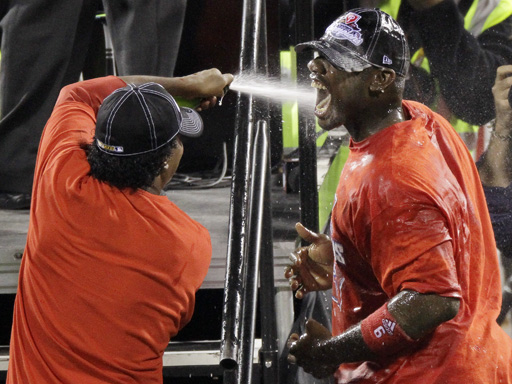 Sore backs weren't the only things hurting as residents of the Northeast shoveled hills of snow left by the year's first blizzard. State and city budgets also were strained.

While the storm meant a pile of green for snow plow drivers, clearing away all the snow was a monumental headache for governments already wrestling with fiscal shortfalls.

The storm, blamed for 44 deaths, finally headed out to sea after taking a parting shot at Boston, which got a record of 27.5 inches by the time the snow stopped falling Tuesday morning.

The storm cost Massachusetts between $7 million and $8 million in snow removal, bringing the state's total so far this year to at least $62 million. The state had budgeted only $16 million in fiscal 2003 for snow removal efforts.

New York Mayor Michael Bloomberg estimated the storm would cost the city $20 million — about $1 million for each inch of snow. "It is very pretty," Bloomberg said. "It is also very inconvenient and very expensive."

Maryland's State Highway Administration was already $14 million over budget before the President's Day storm, which Gov. Robert Ehrlich estimated had cost the state an additional $20 million to $30 million.

Fairfield, Conn., budgeted about $200,000 for snow removal this season but already had spent $500,000 before the arrival of this storm, which cost at least $100,000, First Selectman Kenneth Flatto said.

The storm is expected to cost cash-strapped New Jersey about $14 million.

"We had a snow budget of $15 million," said Jack Lettiere, New Jersey's acting transportation commissioner. "And we had spent $30 million before this storm even started."

Cities across the region recorded massive snowfall totals. Some 28.2 inches of snow was dumped on Baltimore-Washington International Airport — the highest total on record, according to the National Weather Service. And it was the fourth-heaviest accumulation on record for New York City — 19.8 inches in Central Park.

The snowstorm could have been worse, some state officials said, coming as it did on a long holiday weekend when many businesses were closed.

"This has been one of those storms where things could go either way, and it's gone the right way every time for us," said Peter Judge, a spokesman for the Massachusetts Emergency Management Agency. "It was sort of Murphy's Law in reverse."

Forty-four weather-related deaths were reported: two in Illinois, five in Pennsylvania, seven in West Virginia, six in Missouri, two in Virginia, eight in Maryland, two in New York City, four in Iowa, and one each in Nebraska, Ohio, New Jersey, Massachusetts and Connecticut. The Maryland victims included four children who died of carbon monoxide poisoning while sitting in snowbound vehicles.

Another three people died in Tennessee, including a 7-year-old girl whose body was found Tuesday, two days after the car she was riding in was swept away by a rain-swollen stream. Her 12-year-old brother was still missing.

There also were other dangers ahead.

In Massachusetts, state emergency management officials issued a roof collapse alert as a warehouse collapsed in Hopedale, causing one minor injury. They said that danger could increase with warmer temperatures expected later in the week.

In Delaware, 500 people were evacuated from a New Castle townhouse complex after water began leaking into the electrical system. In West Virginia, many residents are bracing for more flooding as the snow begins to melt.

In Miami, planes headed to Northeast points like Boston, Philadelphia, New York and Hartford, Conn., were filled to capacity Tuesday. More of the same was expected for Wednesday.

Mickey Bucknam, 85, of Williamstown, N.J., had been stranded in Philadelphia's airport since Sunday. She and a cousin were trying to get to England to visit relatives.

"I never travel in the winter," Bucknam said, "and I'll never do it again."

But some Northeast residents saw a silver lining in all that heavy snow.

"There's going to be more work than I can handle for a long time," said acupuncturist Cindy Clark, leaning against a shovel in her almost cleared driveway in Rockville, Md.