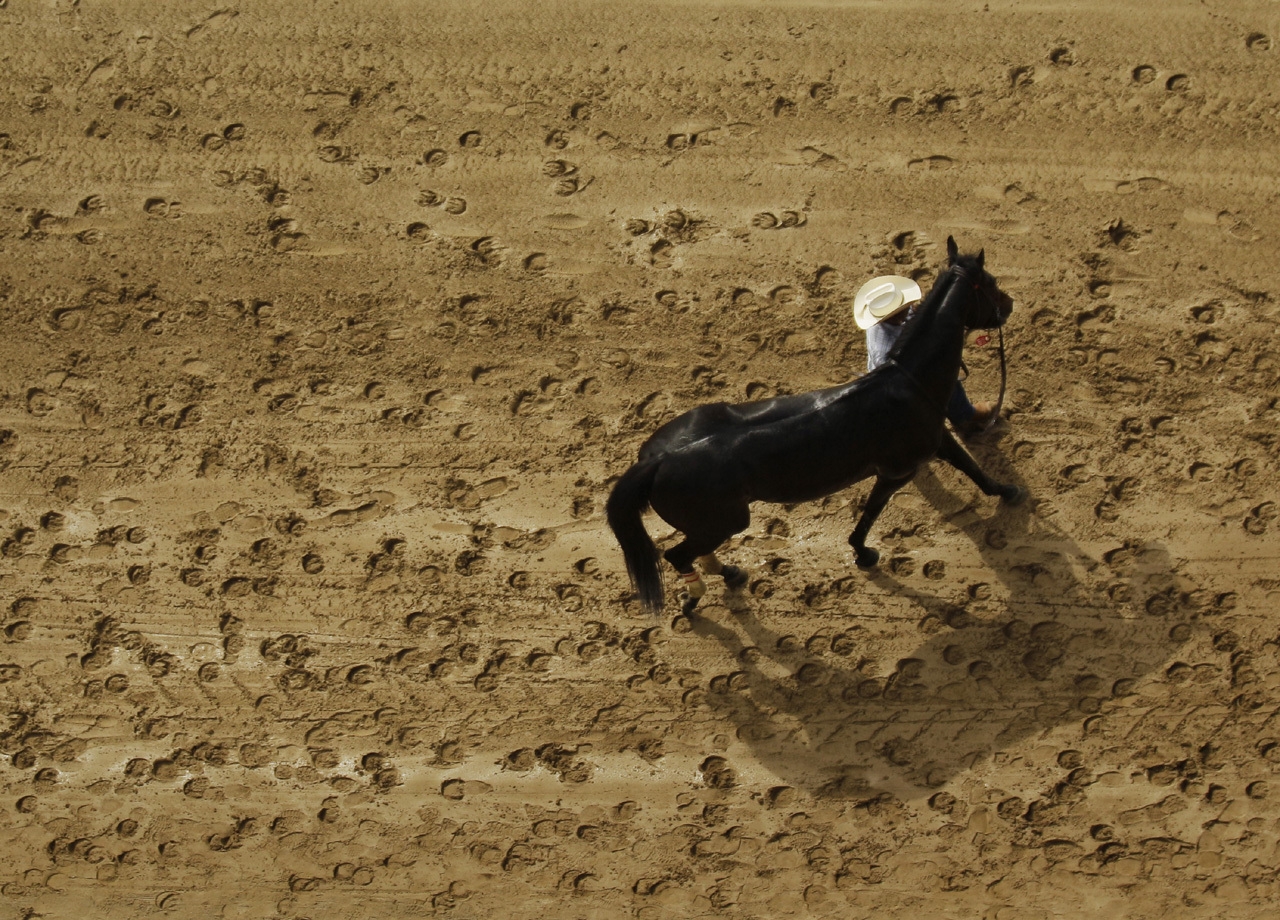 (CBS/AP) LOUISVILLE, Ky. - The track superintendent at Churchill Downs cancelled morning training for the Kentucky Derby and its 13-race card after a night of thunderstorms.

Butch Lehr made the decision early in the morning as crowds began to line up outside the historic Louisville track. Saturday is the 138th running of the Kentucky Derby.

The main track, which is dirt, was labeled sloppy at 8 a.m. EDT.

The Derby will be run at 6:24 p.m. EDT, with the National Weather Service calling for mostly cloudy skies, a high near 85 and a 50 percent chance of pop-up rain.

Hundreds of thousands of race fans, topped off by a bevy of celebrities, are expected to converge at Churchill Downs. Last year, more than 164,000 people attended - an all-time high.

Despite damp grounds, the Kentucky Derby party started early on the infield at Churchill Downs. Bourbon and bets were flowing by 10 a.m., and at least one bachelorette party wound into form.

Tressa Ballard of New Albany, Ind., has lived near Louisville her entire life, but didn't make it to the Kentucky Derby until a friend from Kansas wanted to go in the last couple of years.

As her friend, Melissa Marr, placed bets, Ballard watched the crowd swirl around putting up tents, buying drinks and settling in for a long day in the muggy heat that marked the morning.

Ballard said she had a reason for wanting to attend the Kentucky Derby: "It's the only time of year I'm allowed to drink bourbon for breakfast."