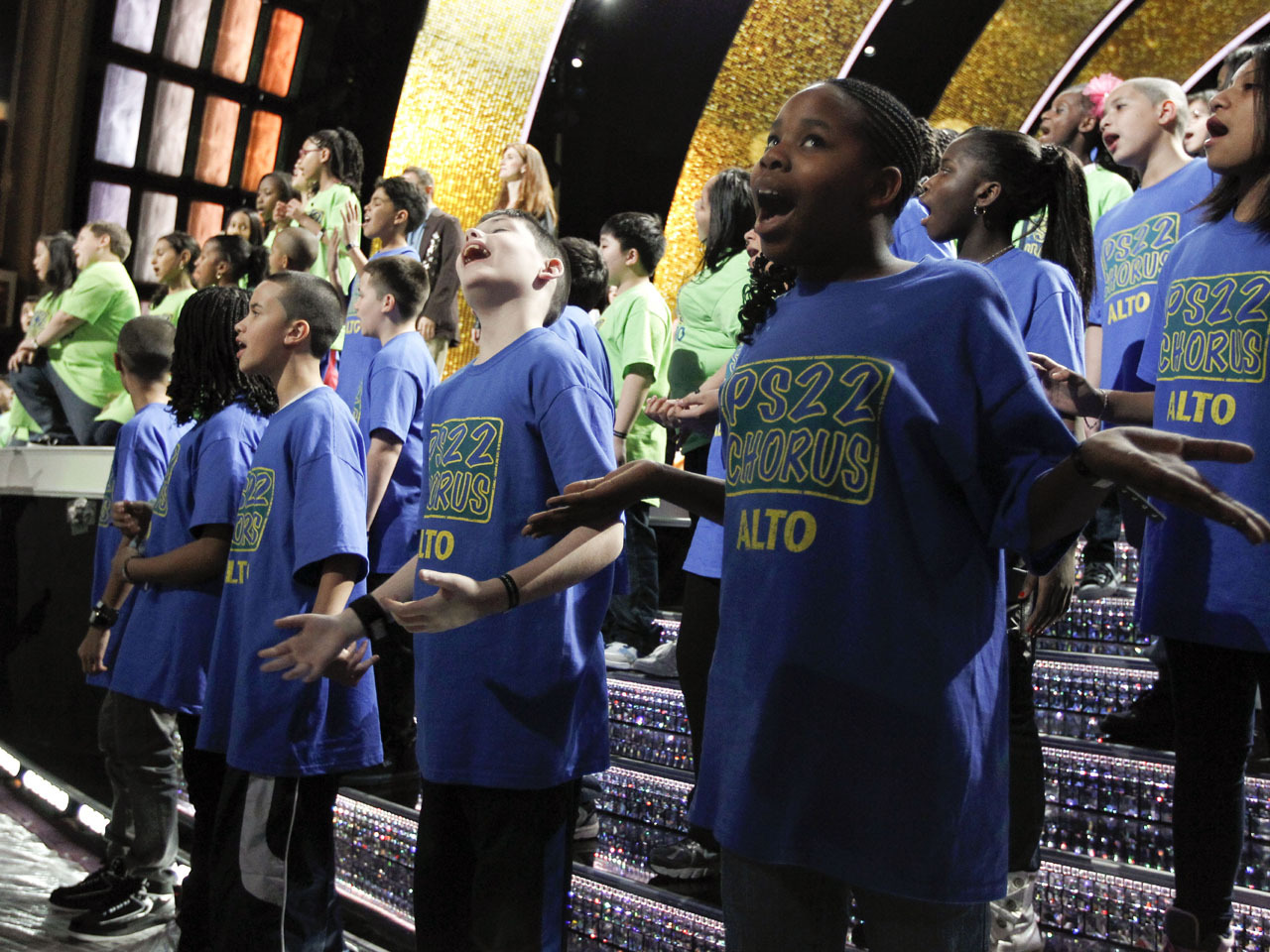 Moore dueted with Zachary Levi on "I See the Light," the nominated song from Disney's "Tangled," as composer and eight-time Oscar winner Alan Menken backed them on piano. Paltrow continued to show her musical side, singing "Coming Home" from her recent film "Country Strong." Oscar-winning composer A.R. Rahman and indie rocker Florence Welch of Florence + The Machine performed a haunting rendition of "If I Rise" from "127 Hours." Dion sang "Smile" as the In Memoriam packaged played on a big screen above her.

But an energetic group of 10-year-olds stole the show from all those stars.

The 64 fifth graders who make up the chorus at New York's Public School 22 in Staten Island arrived at the Kodak Theatre Friday to rehearse their performance of "Somewhere Over the Rainbow." They'd flown in earlier that morning, many of them on their first-ever airplane trip. Wearing green or blue T-shirts that declared them to be an alto or soprano, they filled the theater with elementary-school enthusiasm.

"Justin Timberlake, oh my God!" one girl said when she saw the star's seat-saving placard. "When I'm up there, my eyes will be right here."

Then they tromped onto the Oscar stage and sang with such conviction and heart that they choked up an audience of Hollywood veterans.

Guided by stage managers and their teacher, Gregg Breinberg, the students practiced getting on and off stage and memorized their spots for the night. They marveled at the names they recognized in the audience. Sandra Bullock! Nicole Kidman! They looked around the big theater and had to be reminded to pay attention. But when they sang, it was clear they knew exactly what they were doing. They swayed and moved to the beat. They closed their eyes and gestured with their hands. They felt it.

"You're in this song. You're inside of it," Breinberg told them. "You're going to blow everybody away."

Moments later, the kids were the ones blown away when show hosts Anne Hathaway and James Franco surprised them on stage. The actors hugged and high-fived them, then posed for a photo.

"Way to go," Hathaway told the group. "I love your dance moves."

Next up for PS 22? They're going to Disneyland Saturday, where they're set to perform in front of the famous Magic Castle.

"We didn't think we could beat the Oscars, but Disneyland is coming damn close," Oscar producer Bruce Cohen said.

Then on Sunday, the fifth-grade singers will walk the red carpet before making their Academy Awards debut.