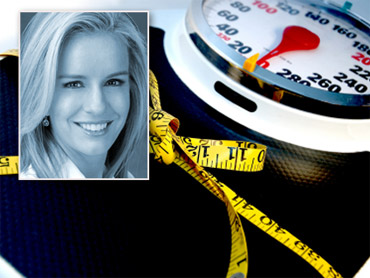 Rev up the treadmill: Sobering new research spells out just how much exercise women need to keep the flab off as they age - and it's a lot.

At least an hour of moderate activity a day is needed for older women at a healthy weight who aren't dieting. For those who are already overweight - and that's most American women - even more exercise is called for to avoid gaining weight without eating less, the study results suggest.

"We all have to work at it. If it were easy to be skinny, we would all be skinny," said John Foreyt, a behavioral medicine expert who reviewed the study but wasn't involved in the research.

Brisk walking, leisurely bicycling and golfing are all examples of moderate exercise. But don't throw in the towel if you can't do those things for at least an hour a day. Even a little exercise is good for your health even if it won't make you thin, the researchers said.

Their findings are based on 34,079 non-dieting middle-aged women followed for about 13 years. The women gained an average of almost 6 pounds during the study.

Those who started out at a healthy weight, with a body mass index less than 25, and who gained little or no weight during the study consistently got the equivalent of about an hour of moderate activity daily. Few women - only 13 percent - were in this category.

Few already overweight women got that amount of exercise, and the results suggest it wasn't enough to stop them from gaining weight.

The results echo what gymfuls of middle-aged American women see every time they step off the treadmill and onto the scale.

"Talk to any group of women and they all say the same thing," said Janet Katzin, 61, a "slightly overweight" marketing director from Long Island who exercises for an hour twice a week.

Thin as a younger adult, Katzin said the pounds started creeping up after she had her two children in the 1980s, despite exercising and watching what she eats. "It's just extremely frustrating and discouraging."

The study appears in Wednesday's Journal of the American Medical Association. Only women were studied, so the researchers from Harvard's Brigham and Women Hospital said it's uncertain whether the results would apply to men.

The research "reinforces in a nice, clear way the idea of how difficult it is to maintain a healthy weight in our society," said Foreyt, of the Baylor College of Medicine in Texas.

The results bolster a 2002 Institute of Medicine report that emphasized the importance of balancing diet and exercise and recommended at least 60 minutes daily of moderate activity for adults and children. But the study also indicates that the 2008 U.S. guidelines urging about a half-hour of exercise five days a week won't stop weight gain while getting older without cutting calories, said Dr. I-Min Lee, the study's lead author.

The study underscores some inevitabilities about aging. Men and women often put on weight, partly because their metabolism slows down. But that probably has less to do with it than people's natural tendency to become more sedentary, without changing their eating habits, Lee said.

Hormonal changes in menopause also can make women prone to weight gain, especially around the belly.

Still, Lee emphasized that the benefits of exercise extend beyond what you see in the mirror, helping keep the heart healthy and protecting against chronic disease even if you don't get enough activity to lose weight.

Katzin, a size 14, said she does an hour workout twice a week - including weights, an elliptical machine and bike. "I know I should go more, but that's all I can swing," she said.

She also has switched to diet soda and eating fewer treats, but that hasn't curbed her weight. Katzin was not involved in the study.

The researchers analyzed data on women who took part in a long-running federal study. Participants were 54 on average at the start and periodically reported how much they exercised and weighed. They also reported eating habits at the start, but not throughout, a limitation the authors acknowledged. Lee said the women's eating habits were thought to be typical of American women who aren't dieting.

Dr. Howard Eisenson, who heads Duke University's diet and fitness center, said it's likely some women underestimated what they ate and overestimated how much they exercised, which could have skewed the results.

Still, Eisenson said he doesn't encourage anybody to try to lose weight by exercise alone. To combat age-related weight gain, "you're fighting in many cases a losing battle" if you don't also cut calories, he said.

That doesn't mean you have to starve yourself, but it does mean watching what you eat and avoiding frequent indulgences. People often don't realize how quickly a bag of chips, an extra piece of cheese, a few glasses of wine or a candy bar add up.

"You can eat a candy bar in two minutes. Most are at least 200 calories," and to burn that off requires walking for about an hour, Lee said. Knowing that equation can help people make wise decisions about activity and food choices, she said.

On "The Early Show," CBS News Medical Correspondent Dr. Jennifer Ashton discussed this study, and ways you can integrate more exercise into your daily routine. For more with Ashton, click on the video below.